U.S. will become prime EU soybean importer after U.S. President Donald Trump and European Commission President Jean-Claude Juncker agreed in July to increase trade in several area. The United States now accounts for 52 per cent of soybean imports to the bloc, up from 25 per cent during the same period last year, subsequently, the…”
Editor
News World News 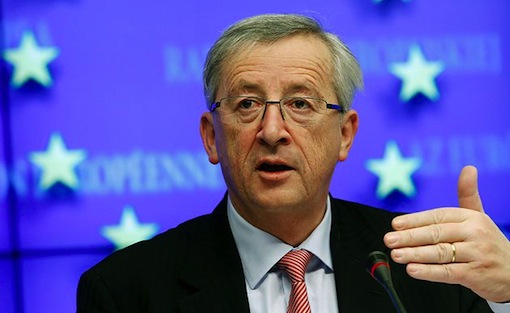 The data covers the months of July through mid-September.

On July 25, Trump and Juncker pledged, among other things, to “work to reduce barriers and increase trade in services, chemicals, pharmaceuticals, medical products as well as soybeans’’.

Their agreement was aimed at defusing a trade row after the U.S. raised tariffs on EU steel and aluminium imports and threatened a similar move against European cars.

With soybean import tariffs already at zero however, EU officials argued at the time that any increase in trade would more likely be due to a retaliatory Chinese tariff increase on U.S. soybeans, driving down U.S. prices and shifting trade flows.

The EU imports around 14 million tons of soybeans annually for livestock feed and milk production.

Most imports previously came from Brazil.

“Soya beans from the U.S. happen to be a very attractive feed option for European importers and users thanks to their competitive prices,’’ the commission wrote in a statement on Thursday.

EU Agriculture Phil Hogan welcomed the latest figures, which showed that the bloc was delivering on its promises.

“This reflects both our longstanding trade relationship and the potential to achieve so much more by working together to build on that relationship,’’ Hogan said.

Buhari Discharges The Head Of CPC, PENCOM And 21 Others