Music icon, Innocent Idibia, popularly known as Tuface, has pledged to donate the proceeds from his song to the UN High Commission for Refugees (UNHCR), Nigeria, to assist Internally Displaced Persons (IDPs). Tuface, who is the Chairman of the Tuface Foundation, made the pledge on Thursday when he visited the UNHCR office in Abuja. He said…”
Editor
Entertainment News 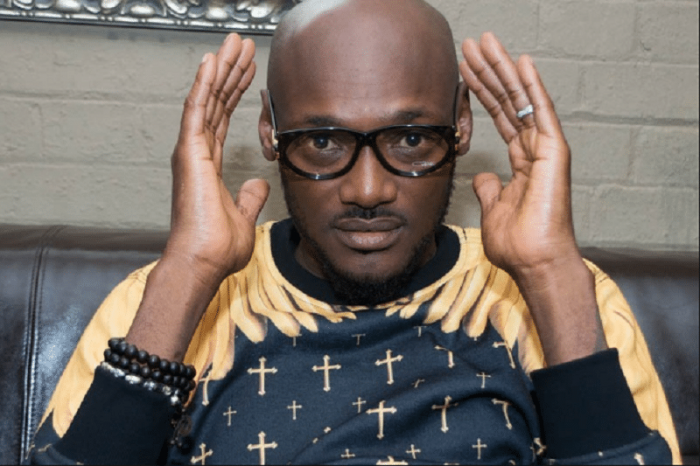 Music icon, Innocent Idibia, popularly known as Tuface, has pledged to donate the proceeds from his song to the UN High Commission for Refugees (UNHCR), Nigeria, to assist Internally Displaced Persons (IDPs).

Tuface, who is the Chairman of the Tuface Foundation, made the pledge on Thursday when he visited the UNHCR office in Abuja.

He said that his foundation would donate 60 per cent of the proceeds from his music dedicated to Refugees and Internally Displaced Persons (IDPs).

Tuface said that the song, which would be launched in commemoration of the World Refugees Day on June 20, is part of his contribution to alleviating the plights of the IDPs.

“I have decided to dedicate my time, resources and my voice to support the UNHCR in this massive endeavor of alleviating the sufferings of displaced persons.

“On the June 20th which is the world refugees’ day, I am going to be commissioning a song and this song will be monetized.

“60 per cent of the proceeds will be donated to the UNHCR to further its humanitarian effort to alleviating the plights of refugees and IDPs.

“We want people to join in this campaign by downloading the song to use it as their ring tones, caller back tones.

“This download, which would cost between N50 to N100, is an opportunity for every Nigerian to contribute in their own little ways to the course of assisting displaced persons,’’ Tuface said.

The Music icon stressed the need to create more awareness for people to understand the magnitude of the forced displacement and suffering of the IDPs and refugees so that they can do more to assist them.

Tuface said, “It is very disheartening to be stranded in your own home, many people who have not been hit directly downplay the situation’’.

He commended the Nigerian government, UNHCR, International and Local Organisations and kind hearted individuals who have contributed in assisting the displaced persons.

In her remarks, Mrs Bridgette Mukanga-Eno, Deputy Representative, Protection, UNHCR, Nigeria, appreciated the Tuface foundation for supporting UNHCR in its intervention in the North-East.

She said that the collaboration with the Tuface foundation started last year but was concretize in February when the agency received a donation from the foundation to support its activities in the North-East.

Mukanga-Eno said that the contributions from the Tuface foundation have really helped in assisting the IDPs, especially in developing livelihood activities for them.

She said that the agency developed vocational facilities including mechanic trainings, iron bending, carpentry for the men and sewing for the ladies among others.

She said that the Nigerian government through relevant Ministries, Department and Agencies (MDAs) has done a lot in assisting the IDPs but a lot still need to be done to address the huge humanitarian crises in the North-East.

Mukanga-Eno said that the food scarcity is overwhelming and is not sufficient for the over 1.8 million IDPs, saying that the influx of over 19,000 Nigerian refugees from Niger, Chad and Cameroon has made it worse.

She called for more support to cater for the IDPs and returnees in the areas of protection, food, livelihood, healthcare, education among others.

The News Agency of Nigeria (NAN) reports that in February, Tuface donated N3.5 million to the UNHCR to support its humanitarian intervention to the displaced persons in the North-East.