Government of the State of Osun has supported the agitation for the restructuring of Nigeria with the scrapping of 36 states and recognition of six regions to serve the course of true federalism. This is contained in the Memorandum of the State of Osun on the review of the 1999 Constitution of Nigeria, a copy…”
Editor
featured hero News Osun 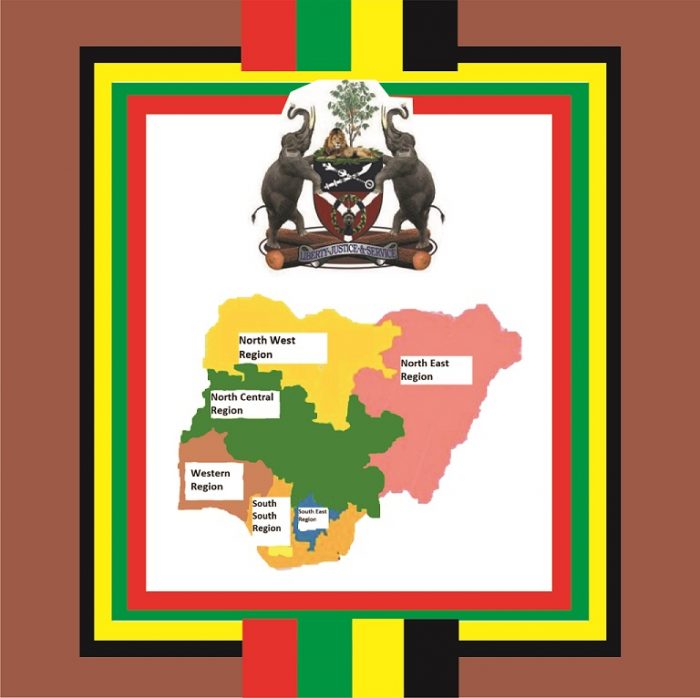 Government of the State of Osun has supported the agitation for the restructuring of Nigeria with the scrapping of 36 states and recognition of six regions to serve the course of true federalism.

This is contained in the Memorandum of the State of Osun on the review of the 1999 Constitution of Nigeria, a copy of which was made available to OSUN DEFENDER.

The memorandum, it said, emerged from the aggregation of contributions by different stakeholders in the state in an exercise coordinated by the constitution review committee set up by the state government and led by a former Attorney General, Barrister Gbadegesin Adedeji.

It said, Nigeria is at present a strange federal arrangement of 36 federating units that are largely unviable, saying “Power is over concentrated in the centre and radiates from there to the states at the pleasure of the Federal Government, while resources allocation formula tilts unjustifiably in favour of the centre, breeding wastes, corruption, ineptitude and under-development of the constituent states.

“The cause of true federalism would be well and truly served if we return to the pre-1966 evolutionary path. That is, a balanced federal structure which recognises fully the legitimate claims of all these groups for self determination, and where no single entity among the federating units will be strong or powerful enough to hold the others to ransom.

“We are of the strong conviction that the present 36 States cannot, properly speaking, be the constituent units of the Nigerian Union, as they were not arrived at on the basis of any rational, cultural, linguistic, political or economic parameters but were largely products of whims, caprices and hegemonic designs of privileged past Heads of State or Presidents (as the case may be) who used their positions to the advantage of their people.

It said, the National Assembly should be bi-cameral, but election to the House of Representatives should reflect extant Electoral Act incorporating Justice Uwais panel reports in its entirety.

It further recommended that senators should be on part-time basis and receive sitting allowances only which should be determined by the Revenue Mobilisation and Fiscal Commission (RAMFAC), the salary and emoluments of members of the House of Representatives should not be higher than that of the most senior public servant in the employment of the central government.

On Immunity Clause, as contained in Section 308(1), (2) And 3 (As Amended), according to the memorandum, it was the view of the stakeholders that it should be retained in its present form, as the section and sub sections have not conferred a wholesale immunity on the persons holding the office but only as at the period they are incumbent of the offices.

It stressed that the purpose of the provision is that removing the immunity clause could distract the President, Vice President, State Governors and their Deputies, as opposition parties or mischievous individuals could institute criminal charges against them thereby distracting the due functions of their offices.

The memorandum then noted that the investigations should not wait until the exit of the affected officials; the trial should not be allowed to be prolonged over so many years as in the recent cases; while the plea bargain should follow the British type where the guilty shall not only be allowed to forfeit the ill-gotten wealth but should also be made to serve terms of imprisonment as provided under the law.

The memorandum also supports Regional Policing where each Region is allowed to establish its own Police Force that would operate and be subject to the directives of the Regional Inspector General of Police in the region, who derives his powers from the regional authorities.

The state government also recommends that gender and special group should be constitutionally empowered such that the position will not be abused, saying though, the law as at present does not prevent any woman from contending with any man in all spheres of life, be it education, politics, farming among others, but the 30 per cent arrangement for women can be prescribed for public offices.

US Pastor Sacked For Standing Against Homosexuality