Tourism is a veritable instrument for socio-economic development as it impacts directly on the economy through the provision of resources and income that could be deployed to enhance economic growth, accelerate development and reduce poverty. Similarly, it is a good public relations mechanism through which a city, state or country could attract needed foreign investment….”
Editor
Op-Ed 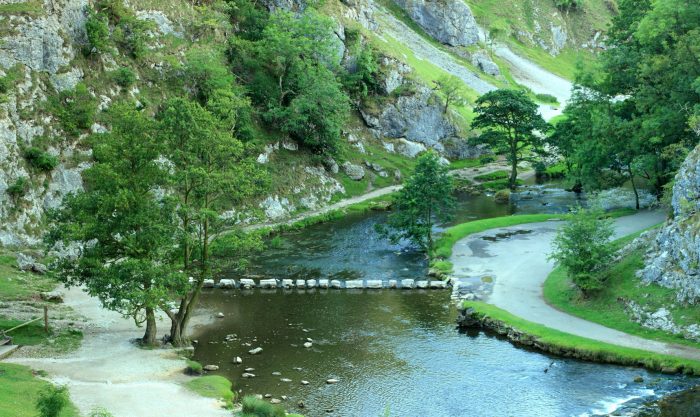 Tourism is a veritable instrument for socio-economic development as it impacts directly on the economy through the provision of resources and income that could be deployed to enhance economic growth, accelerate development and reduce poverty. Similarly, it is a good public relations mechanism through which a city, state or country could attract needed foreign investment. Having come to term with the socio- economic benefits of tourism, all over the world, tourism has now become very important that today it is a major source of income for many countries as it affects the economy of both the source and host countries.

Tourism is also an important mechanism for social exchange and identity building at all levels. Currently, the rate of tourism development has increased across the globe. Multinational investments in hotels, resort complexes and infrastructure, together with major heritage conservation projects are catalyzing significant social changes, environmental changes and re-shaping new regional and international relationships. In contemporary time, tourism can be clearly defined as the new socio-economic game changer.

The economic potential of tourism is remarkable, with direct and indirect impact on employment. Similarly, it is a good public relations mechanism through which a city, state or country could attract needed foreign investments. The MasterCard Global Destination Cities Index report of 2016 indicates that based on air traffic, Bangkok in Thailand tops the table of top ten most popular destinations of international tourism with 21.47 million tourists. Cities like, London, Paris, Dubai and New York City are also top tourists’ destinations.

In-spite of accounting for 15% of the world population and the fact some of the fastest growing economies are domiciled in the continent, the potential of Africa’s tourism remains untapped as it receives only about 3% of world tourism. And while tremendous opportunities exist to further expand tourism across the continent as expected revenues that would be accrued from this sector can make up for double the amount of donor aids received from developed countries or international organisations; However, lots of challenges are still militating against these. These challenges mainly have to do with poor infrastructure and unimaginative governance.

Nevertheless, some African countries like Kenya, Tanzania, Egypt and South Africa are making wave as famous tourist destinations. However, in Nigeria, tourism is still in its infancy considering the large accumulation of resources which are yet untapped and the institutional structure which is yet to be regulated to compete favorably with other fast growing international and continental tourism destinations. This is largely due to years of the oil boom and over dependent on the revenue from the sale of crude oil for actualization of plans and projects of successive administrations in the country. So, putting it succinctly, the country operates a mono economy.

With its dwindling economic fortune, the country has to explore other avenues to sustain the economy as well as provide necessary dividends of democracy for the citizens. One of such ways is through the development of the tourism sector which has been explored and still being explored by nations globally to generate the needed revenue to drive their economies. One of such countries as already mentioned is Thailand. Available data indicates that the country made over $60 billion from tourism in 2016.

Nigeria is abounding in various tourists sites scattered all over the country as well as cultural festivals which mirror the lifestyles and heterogeneous nature of the people who occupy the space called Nigeria. In the Northern part of the country, the Yankari game reserve, Argungu fishing festival and different Durba displays among others are popular tourists’ attractions. Ikogosi warm spring, Erin Ijesha water fall as well the Osun Osogbo festival and a lot of other sites and festivals are famous in the South Western part, in the South Eastern part is the Calabar carnival, staged every yuletide period to reflect the influence of Christianity on the historical town, where Mary Slessor, a Christian missionary eradicated the killing of twins.

But despite these enormous tourist potentials as well as successive governments’ efforts to put the tourism industry in the national economic map, the country cannot meet up with up with the exclusive listing. This is due to lack of political will and legislation to regulate the industry to keep abreast with the United Nations framework on sustainable tourism development efforts.

In order to fully develop the potentials of the tourism sector, it is crucial to train personnel who will help make our dreams of a prosperous tourism sector a realizable one. One of such personnel and are tour guides who are quite essential to the thriving of the industry. In Israel, for instance, tour guides are so efficient, passionate and so enthusiastic that they make tourists feel immensely excited and somehow fulfilled.

Also, all tiers of government need to produce carefully researched and professionally produced tourists guidebooks which prospective tourists could find handy when they plan or decide to visit the country. It should contain everything required information about the country such as its geography, economy, hospitality, system of government among others. This could be made available at major international and local airports across the world as well as various other platforms with mass appeal. This way, prospective tourists have essential information about the country and its tourist sites on their fingertips.

Vital infrastructures that are quite essential to the growth of tourism must also be developed as any visible defect in infrastructure will surely dissuade tourists. It is pertinent to provide these supporting infrastructures for leisure and business travel for the industry to really grow. For instance, a poorly managed public transportation constitutes a serious disservice to tourism. Equally, our hospitality industry has to be top notched by every world standard. Additionally, we need to put in place a clear cut strategy to professionally manage all attractive festivals and carnivals in the country.

With many attractive tourist centers, diverse cultural heritages and a resilient people the country certainly stands to gain a lot if all stakeholders evolve new strategies to explore its huge tourism potentials.

An Ibadan Story For Buhari’s Nigeria By Lasisi Olagunju

A Flicker Of Light (A TEDx Apata Speech) By ‘Fisayo Soyombo