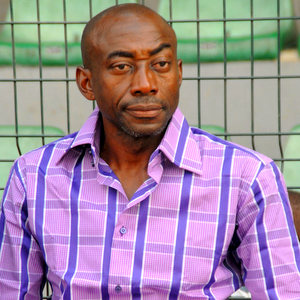 The Ikon Allah Boys benched Shooting Stars Sports Club (3SC) 2-0 in the top-flight matchday 38 clashes at the Confluence Stadium to end their campaign in the 11th position.

The duo Ibrahim Babawo and Ebenezer Oduyemi were the heroes of the Minna landlords in the clash against the Oluyole Warriors.

Bala said, though his aim was to finish the campaign among the top 10-bracket, his side were good performers in the now-concluded top-flight.

“There is no problem concerning our inability to meet the season’s target of finishing the campaign among the top 10 teams.

“We missed the season’s target just slightly, as we eventually ended our top-flight campaign as the 11th best team.

“I think our performance generally is still within the set goal, the difference of which could be said to be negligible.

“I’m wholly satisfied with the overall performance of the team despite the stiff challenges we faced in the course of the league campaign.

“Of course, we could have done far better than we did in the out-gone season if everything had been equal.

“At least, we have a benchmark right now to work on in the next dispensation to ensure we go higher than we did presently.

“We will quickly take stock of our activities in the just-concluded season to help us fashion out a credible way forward,” said the former FC Lokoja coach to supersport.com.

The Minna outfit’s hard-fought victory helped them avoid relegation on 54 points from 38 matches, while opponents 3SC were not too lucky as the loss ended the side’s Premier League status.

I Don’t have Anything To Prove..Henrikh Mkhitaryan