TOP Demands Display Of APC Register Before Congress In Osun 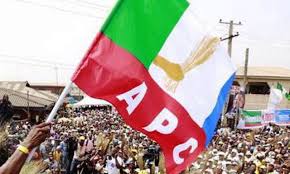 The Osun Progressives (TOP) has demanded that the register of the All Progressives Congress (APC) in each of the Local Government should be displayed before the commencement of the party’s congress in the state.

According to TOP, the display of the register should be a prerequisite for the conduct of the party congress.

The Chairman of TOP, Reverend Adelowo Adebiyi, in a Press Conference today, alleged that the just concluded membership registration and revalidation of party was manipulated by the APC leadership in favour of members of Governor Adegboyega Oyetola’s group, IleriOluwa.

Adebiyi said the leadership of the party promotes mutual exclusiveness in all its actions, thus destroying party unity.

He called on the National Leader of APC, President Muhammadu Buhari and National Caretaker and Special Convention Planning Committee, to intervene in the matter, saying that all is not well with the Osun APC.

Adebiyi said: “The current party leadership promotes mutual exclusiveness in all its actions, thus destroying party unity. May we note that the previous leaderships of APC before this one did everything to ensure the unity of the party which happened to be the secret of our success even when we fought a vicious opposition in PDP.

“With this situation whereby only the restricted number of party members belonging to the Governor’s group, IleriOluwa that had their hearts content in the last registration shows compromise of the Osun APC register and ought to be rejected by the APC National leadership, if fairness, equity and justice will be well served in the coming congress and any other purposes that the register will serve.

“It is like majority of the selfish elements in government are not politically savvy enough to know that wining the party’s ticket is still a far distance from being in the Government House.”

Adebiyi urged the National Caretaker and Extraordinary Convention Committee to send people of high integrity as the State Congress Committee to Osun, even as he said TOP rejected the membership register.

Dapchi Schoolgirl Reveals How She Escaped From Abduction