The Osun Progressives (TOP), a caucus of the All Progressives Congress (APC), says the Caretaker Chairman of APC in Osun, Prince Gboyega Famodun lacks capacity to manage the party. The group stated that its a mere wishful thinking to state that APC existence and activities in the state are normal, rational and within the framework…”
Olamide
News Osun 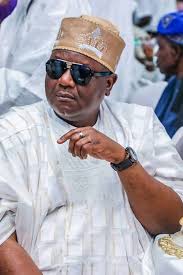 The Osun Progressives (TOP), a caucus of the All Progressives Congress (APC), says the Caretaker Chairman of APC in Osun, Prince Gboyega Famodun lacks capacity to manage the party.
The group stated that its a mere wishful thinking to state that APC existence and activities in the state are normal, rational and within the framework of our party’s constitution.

TOP stated this in response to the vituperations of Prince Gboyega Famodun, the Caretaker Chairman of Osun APC.
TOP made the disclosure in a press statement released by its Chairman Adelowo Adebiyi, and made available to Osun Defender Correspondent in osogbo on Friday.

According to the statement, “We would have been disappointed if Famodun had acted differently because he has not demonstrated the capacity to resolve problems as he cannot withstand opposing views.

“His inability to demonstrate needed capacity expected of him as the Chairman of the party towards 2018 governorship election nearly caused the party grief”.

TOP disclosed that no dispassionate Chairman would have allowed defection from his party in a few weeks to critical election as Famodun did in 2018.

Its statated that Prince Famodun demonstrating father figure to all contending forces within the party, he chose to take sides in all matters in crisis and destroy party cohesion and unity.

The statement reads, “As we speak today, Famodun is at war with his two predecessors, the current Deputy and Secretary, the minister and other notables in the party.

“Famodun cannot differentiate between monarchical inheritance and a democratic organisation where multiple interests are aggregated to ensure the good of all, which is the essence of a political party.

“The above stated reason is responsible for the problems in the party today and therefore, we at the TOP wish to note that his kind of person is unfit to handle party management as would be expected.
“It amounts to self deceit and playing the Ostrich for Famodun to say TOP, which has his predecessor as chairman, his current deputy and Secretary on board does not exist.

“As a Caucus within the party, as so constitutionally recognized, we owe nobody explanation how we run our affairs for as long as it is not in contravention of the party’s constitution”.

The group rejects Famodun’s insobordination
of querying our right to have board of Trustees and state that it is within our fundamental right to associate freely and lawfully.

“It is his haughty and apparently arrogance, often exhibited in situations like this that has led the APC to the ruinous path it is today, part of the reasons why TOP exists.

“One would have expected a dispassionate leader who wants peace and progress in his party to find out what was amiss rather than pronouncing fatwa on members who freely joined the party like him and all other members.

“May we, at the risk of sounding immodest, note that members of TOP have paid our dues in the party and especially in the progressives political platform that we have reason to say the Osun APC needs reworking, retooling and re-energising.

“We have witnessed many “ups” and “lows” of the progressives political platform more than many people marauding around as leaders in APC today.

” We urge our genuine leaders at the state and national levels, especially Chief Bisi Akande, Governor Gboyega Oyetola and Igbimo Agba to call Famodun, and others of his type to order in view of his unguarded utterances which is irresponsibly divisive and unacceptable in the committee of civilised world.

“The TOP would ordinarily not want to wash this dirty linen in the public but for the fact that the Chairman chose to go public”, the statement added.