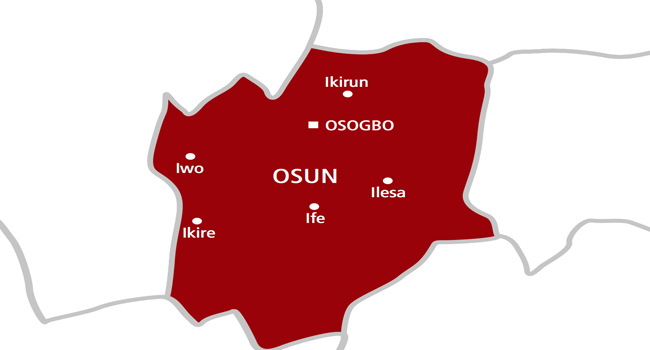 Such was the case with the recently concluded governorship election in Osun State, where all known factors in Nigerian electoral politics were at play. The cutthroat competition and the closeness of the results cannot but generate ill-feelings, including the rejection of the results by the defeated candidate and his party. Their unusually heavy financial and emotional investment in the election made defeat unbearable.

From the outset, the election was for the All Progressives Congress to lose. The party had more registered members and more registered voters than any other party in the state. In various opinion polls, it remained the most popular party in the state. Most voters indicated consistently in various opinion polls that they would vote for the APC candidate.

Coming into the election, the governor, Rauf Aregbesola, of the APC, had become the first two-term governor in the history of the state. In numerous opinion polls in 2018, he was adjudged to be the best performing governor since the creation of Osun State. Sustaining his programmes was, therefore, a good platform to run on.

It must be admitted, however, that the APC suffered major reverses shortly before and during the election. First, its contentious open primary led to the defection of some party members, notably, the Secretary to the State Government, Moshood Adeoti, who ran as the candidate of the Action Democratic Party. He eventually took away nearly 50,000 votes from the APC. At the same time, however, the story might have been different had Iyiola Omisore not defected from the PDP to the Social Democratic Party. The chances of a PDP upper hand might have been much brighter.

Second, the opposition candidates ran vicious negative campaigns on the APC’s failure to zone its candidate to the Osun West Senatorial District. Whatever qualities endeared the APC candidate, Gboyega Oyetola, to the party leadership and its members were subsumed under the constructed role of Bola Tinubu, the National Leader of the party. The APC was also faulted on its failure to pay full salaries to all workers, even after the government had begun to pay full salaries and salary arrears. Aregbesola’s achievements were subjected to misinformation and outright falsehoods.

The negative campaign and the large number of candidates in the race ate into the APC’s lead in the opinion polls as election approached. Nevertheless, it still had a comfortable margin of victory in all opinion polls.

However, that margin was blurred by the third factor, namely, money politics. There were voters who claimed that they made N350,000 or more from inducements by the PDP. Vote-buying occurred less on Election Day than on the preceding days, especially on election eve. Cash was supplemented with material gifts, verbal promises, and rigging during the Saturday polls.

A fourth factor, which played against the APC, was the party’s laxity in monitoring the polls in the opposition strongholds of Ede South and North (Adeleke); Ife East and Central (Omisore); and Iwo (Adeoti). In each of these five LGAs, the candidate on the ground returned astronomical figures. This was especially true of Ede, where many an APC agent allegedly complained of being muscled out or muscled into compliance.

It is against the above backgrounds that the PDP’s narrow lead with 353 votes at the conclusion of the polls on Saturday, September 22, 2018, should be understood. Ademola Adeleke of the PDP was hopeful, if not confident, of victory in the rerun election of Thursday, September 27, 2018, in seven polling units in four different Local Government Areas, namely, Osogbo, Ife North, Ife South, and Orolu.

However, a close examination of the electoral data shows that there was no basis for victory for the PDP candidate. Its margin of lead on Saturday was too narrow to sustain. Going by the results of the Saturday election, which were declared inconclusive, the APC had won handily in three of the four LGAs involved in the rerun. Even Orolu, which the PDP had managed to win in remote polling units, was an APC stronghold in previous elections.

In Saturday’s inconclusive election, the results in three of the four LGAs, where the rerun took place, showed the APC in the lead with over 12,000 votes, having won each of those LGAs. If the PDP’s lead of 2,334 votes in the fourth LGA were deducted, the APC would still be in the lead with nearly 10,000 votes in those four LGAs.

Even more importantly, raw results showed that the APC had secured enough votes to wipe out the PDP’s 353-vote overall lead and eventually win the election on Saturday had the results in the affected polling units not been rejected. That’s why premature jubilation was reported in the APC circles as raw polling results were tallied.

The question then is: Why were the results rejected in those polling units? The truth is that, in some cases, there was over-voting. In others, the polling units were invaded by thugs. In one particular case, Osogbo, the officials simply failed to show up with the results, which indicated that the APC was leading in the affected polling unit.

The APC’s eventual victory in the rerun election was no doubt bolstered by the alliance with Omisore of the SDP, who originally came second or third in the affected Ife polling units before the results were cancelled. The merger of the APC and the SDP votes during the rerun election left the PDP with just a few votes, except in one of three polling units in Orolu LGA. Even then, the PDP came out of the Orolu rerun polls with a deficit of 158 votes.

Moreover, it dawned on the electorate in the affected polling units to vote for consolidation and continuity, with a steady hand in the saddle, than vote for an inexperienced hand, who is more interested in the governorship than in governance.

But there is more to the Osun election than victory and defeat. One big factor is the role of money in Nigerian politics. Clearly, all the political parties and their candidates spent a lot of money on the campaign trail. They all engaged in vote-buying one way or the other. This situation was facilitated by poverty and unbridled greed.

Clearly, democracy cannot grow in Nigeria if the present level of poverty persists, which makes the people more than willing to sell their votes as well as their conscience. Sheer greed has also made political harlotry out of some voters, who collect money from as many party candidates or their representatives come their way. There is an urgent need to enforce the laws against vote-buying and excessive campaign expenditure.

Just as money is used to induce votes, so is thuggery used to stuff or snatch ballot boxes and intimidate voters. This makes the role of the security agents the more mandatory in Nigerian elections. But for heavy security, the story might have been very different with the rerun election last Thursday.

While congratulating the Governor-elect, Gboyega Oyetola, I must urge him to seek unity and work hard at reconciliation within and across political parties. At the same time, however, it is important for all parties to the election to be guided by the Omoluabi ethos for which the state is known.