By Islamiat Kehinde Governor of Osun, Ogbeni Rauf Aregbesola has called on the state civil servants to show absolute support and loyalty to the incoming government for the purpose of moving the state forward and consolidate on the achievements of his administration. Governor Aregbesola described the civil service as the engine room of government…”
Yusuf
featured Osun 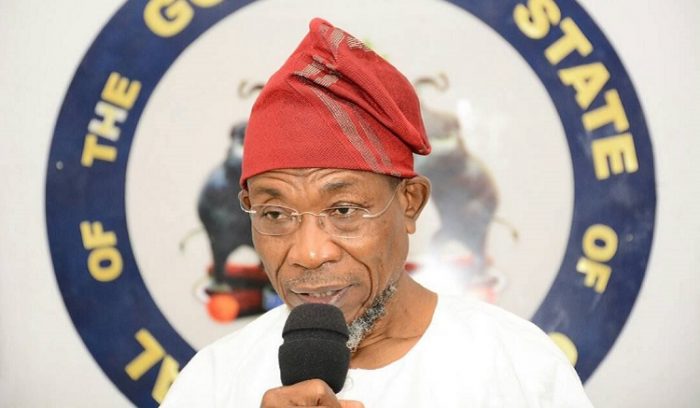 Governor of Osun, Ogbeni Rauf Aregbesola has called on the state civil servants to show absolute support and loyalty to the incoming government for the purpose of moving the state forward and consolidate on the achievements of his administration.

Governor Aregbesola described the civil service as the engine room of government without which government cannot make any meaningful development and positively impact in the lives of people.

Aregbesola stated this on Tuesday while delivering a keynote address at the 2018 public service lecture and award ceremony organised by the office of the Head of Service and the State Universal Basic Education Board (SUBEB).

Describing the present crop of civil servants in the state as the best which any governor can dream to work with said the civil service must work towards productivity as a means of improving the economic fortunes of the state.

He commended the state civil servants for what he described as uncommon perseverance in the midst of the harsh economic situation the state passed through in recent past, explaining that the state was able to survive the period because of the patience of the workforce.

According to Aregbesola, “when we have productivity in the civil  service, it will not be difficult for the government of the day to generate income needed for the overall development of the state. I sincerely urge the work force in Osun to support the in-coming government with everything they have got by ensuring that they generate the income which the government will need to move the state forward.

The civil service needs to be aware of their roles to the people as that of assisting the government of the day to serve them in the best way possible.

Delivering a lecture at the event, Guest lecturer, Prof. Labode Popoola who spoke on the topic “Rethinking Nigeria’s National Development In A Changing World” stressed that the nation needs to wipe out corruption in the country for the nation to move forward.

While describing corruption as the nation’s major challenge, the UNIOSUN V.C said the country has witnessed significant changes in the past three years that the present federal government has made it a duty to eliminate corruption.

Prof. Popoola also challenged the youths of the country to direct their energy into productive ventures for the growth of the nation at large, saying the youths all over the world are the major drivers of their country’s economy.

Commenting on governor Rauf Aregbesola’s performance in office, the Vice chancellor explained that the governor’s performance is unrivaled in the history of the state.

In an address, Chairman of the programme, Chief Moses Aboaba congratulated Governor Aregbesola for having a successful tenure, saying the governor has demonstrated a rare knowledge of governance in the past eight years.

He said, “Osun is no doubt better than the way Aregbesola met it eight years ago and the achievements are there for all to see today, he has laid a solid foundation for the continuous growth of our dear state.

In a welcome address, the state head of service, Dr Olowogboyega Oyebade who explained that Governor Rauf Aregbesola deserves all the accolades he is getting stated that it the first time in the history of Osun that the public service will be honouring an exiting governor.

He said throughout the governor’s eight years tenure, Aregbesola has proven with all his words and actions that power is responsibility, noting that he has used the powers bestowed upon him with caution to improve the lives of the people.

The head of service described Aregbesola as a shining example to many governor in the country who hitherto did not know what to do with power in office, stressing that despite the economic challenges the governor faced, the state is better than the way he met it.

Feature: A Momentous Day In Iwo

The Time To Redesign Our Thinking Is Now