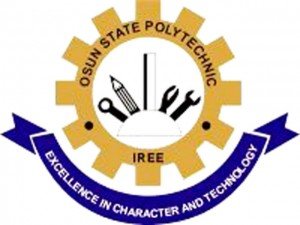 Students of Osun State Polytechnic, Iree have appealed to the school management to reverse the imposition of N10,000 late school fees payment.
It was  gathered that the school authority had declared to commence the implementation of N10,000 late school fees payment on Monday 24th of May, 2021.
Osun defender learnt that the school authority in its magnanimity introduced half payment of school fees in order to make it easy for students of the institution to settle their fees.
President of the Students’ Union Government, Mr Ajao Samson, while reacting to the N10,000 late payment, in a statement he signed on Wednesday, he said the decision of the institution authority as unwanted one at the current face of Nigeria’s economy.
According to Samson Osun poly management is adamant of collecting N10,000 from her students at a time of economy decline even when the government is trying to ease the affairs of the citizen.
The SUG president further stressed that the students’ union is not happy with the decision of the management and has to meet with them following the basis of the 3C’s of ALUTA.
“The students union had dialogued with themanagement and made it know to them that themanagement should rescind her decision andreverse the late registration fee as this is not thecorrect time to impose such penalty when thecountry is in economy dire strait.
“The students union sincerely hopes that the management will rescind her decision or else we will not hesitate to make use of the last 3C’s of ALUTA which is confrontation, then the management will know the power of thousands students” he said.
A student, Idiat Habibu, who spoke to our correspondent confessed that the school management has demonstrated fairness enough but the voices of Ospoly students must be listened told.
Habibu opined that the school management should listen to appeal of the students through the SUG in order to avert unwanted demonstration at a period when the country is faced with serious insecurity.

Evans In Tears, Pleads For Mercy As He Faces Fresh Charges