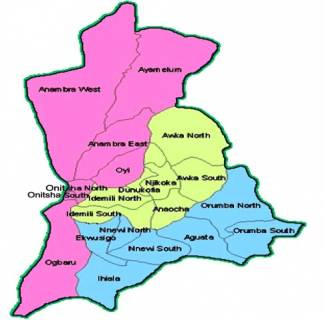 Accordingly, we are 4 weeks away from the commencement of the election circuit that will engage us all consistently, INEC chiefly, until February 18, 2023.

When all things are equal, elections are grand and happy festivals of democracy, when the people demonstrate their supremacy as the ultimate repository of power and affirm the basic tenet of democracy; viz, every willing adult has his/her say, while the majority of such adults have their waving the choice of who leads and govern.

When all things are far from equal, the freeness, fairness and credibility of elections are not only thrown overboard, there might be unleashed grave dangers to lives and properties, and indeed to society’s survival, in extreme cases.

Every well meaning Nigerian should be asking self the question right about now; to what extent are all things equal, proceeding with Anambra and taking stork all around the country? As per Anambra, the chief umpire itself, INEC, has expressed fears with respect to the conduct of the election that is less than a month away. INEC facilities have come under repeated and relentless attacks over the last few months, not only in Anambra but all over the Eastern part of Nigeria. We all know why.

Democracy and elections are not ends in themselves. They are expected to deliver dividends that guarantee freedom, equity and justice, fairness and inclusiveness, development, peace and prosperity for the widest majority. These dividends are plainly absent in Nigeria today after 22 uninterrupted years of operating “democracy,” after 6 general elections and 4 different Presidents. Assuming and conceding that the next general election and next president will be our salvation and raise the Moses that will lead us to the promised land, are we not supposed to take care of all factors militating against free, fair, non-violent and credible elections, rather than counting on God, luck, chance as usual in our characteristic “wobble and fumble to the final”?

There are ominous signs and bold handwritings on the wall, in clear, simple language that everyone understands. Whenever there is an ailment due to an infection, the rational thing to do is wide range diagnosis to prescribe suitable remedy for healing. Assumptions, faith, arrogance and playing the ostrich do not cure cancers.

The ruling party, the All Progressives Congress (APC) that is in control of the government and parliament at the centre and who is a party to all upcoming contests, have a huge historical responsibility, far more than all other stakeholders. If APC quickly re-founds itself, reclaims its progressive identity and party-supremacy, it can control the actions of its Buhari-led government and majority legislators thereby catalysing political solutions, however short-term, to most of today’s grave challenges that threaten not only the upcoming elections but Nigeria’s very survival. It is no rocket science and it can be done in record time. Basically needed are selflessness, patriotism and statesmanship concerning best decisions on clear issues. If APC fails to do so, then, we are all under a government and parliament, in an imposed unitary setting, that lacks master, direction or operating system. Stripped of direction and articulated noble vision, political parties are simply power-mongering, power-grabbing conspiratorial assemblages.

When burdened with a casual, carefree or careless political party or government (much else a reckless one), the mandate is upon the people and their popular organisations to demand reasonable actions for their own salvation; else they go down the drain with such doomed parties and governments. Time is of essence; just 4 weeks to the GO!

As the Senate Tackles Illegal Firearms By Wale Bakare