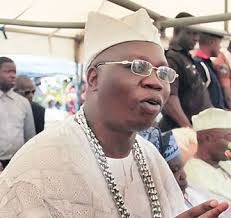 Aare Ona Kakanfo of Yorubaland, Chief Gani Adams, has sought global intervention over the killings in the South-West region, warning that “the bubble may burst soon”.
Aare Ona Kakanfo of Yorubaland made the statement in a letter to the Secretary General, United Nations (UN), the Chairperson of the African Union (AU), and the Secretary of State, United States.
It was gathered that the message copied British Foreign Secretary, the European Union (EU), the Economic Community of West African States (ECOWAS) among others.

The letter titled “Urgent need to stop killings by Fulani herdsmen in Yorubaland” called the attention of the international community to the “clear and present danger” threatening Nigeria.
Adams said the massacre of citizens, almost on a daily basis, was a sign that the nation is sliding towards anarchy.
He condemned the inability of the federal government to address the “already gory situation”.

Noting that the world knows what is going on in the most populous black country, Adams called for action against the “agenda” and “pogrom gradually being executed in Yorubaland”
According to him, “Yorubaland have been put under serious pressure through payment of ransom – running into millions of naira – demanded by conscienceless, unscrupulous and ruthless murderers.
“The agitation for them to leave our land has reached an alarming crescendo. The backing (the belief of our people) by the Federal Government that ‘nobody can chase anybody from any part of the country’ is not helping matters.”
“The peace, stability and tranquility of Yoruba people are being tested by “blood-thirsty maniacs” who rape, kidnap and murder”, he stated.
He cited the invasion of Igangan, a rural community in Ibarapaland, Oyo State on June 6, 2021.
He said, “The massacre of scores of residents by these same band of roving killers, who prefer to stay in the forest because of their murderous intent, seems to be the last straw.”
The Aare warned that any crisis in Nigeria would have a negative effect on the rest of the world.
Gani Adams added that the situation had reached a level where some herdsmen leaders openly threaten governors for banning open grazing.
“The North has enough land to accommodate the nomadic nature of Fulani herdsmen, so why come down south to destroy people’s farms?
“I want to say that nobody wants war but our people will not sit idle while they are being slaughtered. I am raising this alarm because what is going on is provocative and the bubble may burst soon”, Adams added.