Famous child actress Regina Daniels has been exposed for threatening and leaking nude pictures belonging to her best friend for refusing to sleep with a movie producer. Amanda Chisom brought the matter to the public on social media, accusing Regina Daniels of pimping out a fellow teenager and threatening to release her nudes if she…”
Editor
Entertainment 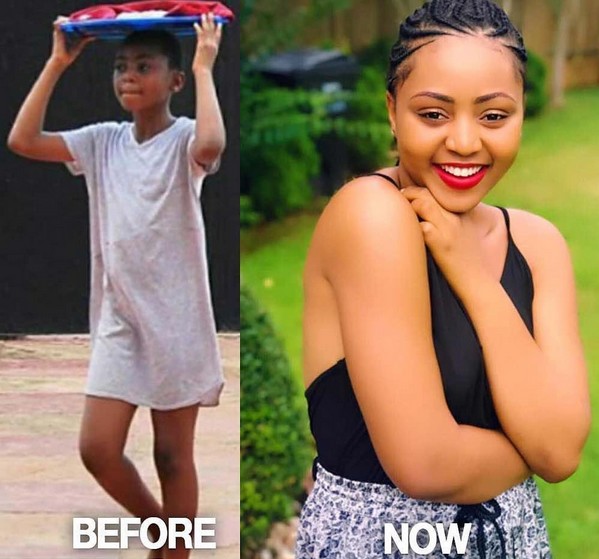 Famous child actress Regina Daniels has been exposed for threatening and leaking nude pictures belonging to her best friend for refusing to sleep with a movie producer.

Amanda Chisom brought the matter to the public on social media, accusing Regina Daniels of pimping out a fellow teenager and threatening to release her nudes if she doesn’t sleep with a movie producer in exchange for movie roles. Amanda went on to share screenshots to back her claims.

She made the accusations on Facebook and claimed that when she sent a message to Regina to warn her not to post the nudes, the teen actress called her bluff then sent a screenshot of her message with Amanda back to her teenage victim and threatened her for going to Amanda for help.

Amanda also alleged that Regina then went ahead to upload the nude photo on an unnamed website and is threatening to upload more. Regina’s best friend, Casie also sent a message threatening the teenage victim who is being blackmailed. They are threatening her for going to Amanda for help.

Amanda has threatened to release “everything” she has to back up her claims later today.

As of the time of this report, there are no signs that Regina Daniels is been impersonated or her account is been hacked. As the general public is in shock of the actions of this teenage star they have refused to let it die down as the teenager must not go unpunished.

Meanwhile, Regina shot herself in the foot and indirectly admitted to be responsible when she shared a photo with a caption “I love those that can threaten me, let talk Les and do more”.

“Meanwhile, yesterday a young girl came to me that this never more than 17 years nollywood actress was blackmailing her and threatening her with nudes if she does not go to sleep with a certain producer.

This is supposed to be a teenager oh threatening another teenager she asked for nudes so she can introduce her into acting that if she does not sleep with a certain producer. In my typical fashion, I went to this child first and asked her to make sure that she does not post nudes of anybody and familiarise herself with the cyber crime act. Obviously, she does not have any brain she decided she cannot be threatened with lawsuit and have initiated the process of posting the nudes.

So I will return the favour and post every chat , names and details. We were all teenagers , we did stupid things but for this one to assume her Asaba popularity and instagram fame is enough to start pimping out her fellow teenagers to paedophiles and blackmailing people is something we must all cut at the root. I do not even want to know who is involved and who gives her guts. This post is a cannon shot.

Let those who know her tell her. Because I will not only post, I will make sure the law goes after her. Let her take down the girl’s picture from that website before I wake up…” BBNaija’s Marvis Is All Glamed Up In These New Make-Up Photos.

Nicki Minaj Advises Successful Women About Their Choice Of Men