Segun Odegbami: Commonwealth Games not about money or medals

The Commonwealth Games, Gold Coast 2018, have commenced in Australia. Some Nigerian athletes that should be there are not because officials say they are not medal hopefuls. And that only those with the prospect of winning their event should attend such games. My argument A multinational organisation based in Lagos called me up the other…”
Editor
News Sports 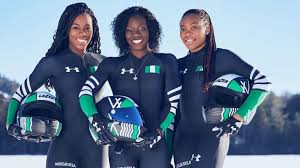 The Commonwealth Games, Gold Coast 2018, have commenced in Australia.
Some Nigerian athletes that should be there are not because officials say they are not medal hopefuls. And that only those with the prospect of winning their event should attend such games.

A multinational organisation based in Lagos called me up the other day to seek my advice in identifying a traditional sport outside of the more popular ones like football, basketball, tennis and so on, to use in promoting their services and shore up the image and Corporate Social Responsibility profile of their company in a long term projection that they believe will succeed.

They were inspired by the story of the five Nigerian girls that represented the country at the 2018 Pyeonchang Winter Olympics, who did not win anything, but attracted, probably, the biggest media attention in the world to self and to their country, and, in the process, became instant global celebrities even ahead of most others that won gold, silver and bronze medals.

The Nigerian girls, obviously, did not set out to go to the Olympics with the least intention, or hope, that they could be potential medalists of any sort.

They went for the exposure they would get, the experience they would gather, the opportunity they would be presented to compete and measure their present ability and capability against the best from other parts of the world, the joy of being a part of festival of sport where friendships are made forever in the midst of challenges for records and medals.
Each stage of these competitions contains individual stories of performances that could inspire and awaken emotions that can impact societies and infuse the spirit to excel.

In sport, you do not have to be the first in an event to be an inspiration or a ‘winner’. For most athletes attending an international competition the prospects of winning are in remote thoughts of faint possibilities.

Some of the most powerful stories in sport are not about the Usain Bolts, or Kipchoge Keinos, or even the Blessing Okagbares of this world, who may weigh their chances of winning very highly even before they set out, but about unknowns that overcome adversities, destroy myths, set new standards, create unusual history, and often never even win.

It is the manner of their participation that creates the inspiring stories. The Olympics, the Commonwealth and other such multi-sports games are full of them.

That’s why not only medal prospects are welcomed to the Games. Such athletes are indeed in the minority. That’s why minimum qualifying standards are set and those that meet them are invited to the ‘party’ beyond their chances of winning medals.

Without them the medal winners cannot even be justified.

In 1976, Nigeria went to the Montreal Olympic Games with probably the largest contingent of athletes ever.

As great an assembly of extremely gifted athletes in different sports as they were, only one or two went to the Olympics with an almost guaranteed assurance they would come away with a medal.

The vast army of the rest of us only attended on the basis of future hope and dreams, even though during the games anything could happen.

The Games will always remain a testing laboratory of sport and athlete development. They are always a platform to identify, capture and inspire the next generation.

That’s why the Paralympic Games hold a special significance in the world of sport. They are not about winning medals. In fact, the medals are merely symbolic. Participation is everything.

It is in here that we find some of the most inspiring human stories, of people who turn adversity into prosperity, turn disability into ability, turn impossibility into possibility, where the spirit of ‘cannot’ ceases to exist, and is replaced with the can-do spirit that anything the mind can conceive and the heart believes, can be achieved.

That was the kind of spirit that threw the five Nigerian girls into the deep end of Bobsleigh and Skeleton, two sports totally unknown to Nigerians.

Driven by the challenge defined by the Olympic spirit and philosophy, the inspired girls, through sheer bravado and determination, embarked on a challenge to the Olympic Games, without the faintest hope of a medal, and rose from obscurity only a few months ago to the pinnacle of global fame and possible fortune.

Their gallantry is still being acknowledged by the rest of the world, attracting the interest of a multi-national organisation in Nigeria enough to wish and seek to follow in their footsteps and sponsor another unknown traditional sport to advance their corporate agenda. Incredible.

Several other such inspiring stories exist in sport.

There is that of Julie Moss, an American research graduate student on vacation in 1992, who competed and ran in the first ever Triathlon event held in Hawaii only as part of her research project.

With very little training she ran the race of her life, did not win the race (she came second in a dramatic climax, the stuff of movies), but impacted on Triathlon so much through her effort that the sport has not been the same ever since.

In one year the participation by athletes rose from 500 athletes in 1992 to 5000 the following year.

The television coverage expanded from one regional TV station to a scramble for a piece of the action by several competing national and international broadcast houses.

Today, Triathlon has become an Olympic sport with a global audience and skyrocketing sponsorship figures.

In 1992, Nigeria’s 4 X 100 metres women’s relay quartet at the Barcelona Olympics did not win the epic final race, but their effort became the best advertisement for the essence, spirit and philosophy of the Olympic movement in one hundred years of its existence.

Although the girls came third, the last stride of that race (decided by photo finish slow-motion replays) and the manner of their ecstatic celebration when they realised they had actually finished third, captured the imagination of the world. Under certain circumstances, Bronze could be as good as Gold.

The story of Chioma Ajunwa is also illustrative. No one gave her any chance of winning anything after serving a four-year drugs-usage allegation ban. She was just getting back into her sprinting stride when the time for the Olympics came.

Getting to Atlanta in 1996, she registered also for the long Jump and leapt to the longest jump of her life to win Africa’s first ever Olympic Gold medal.

If the criterion for attending the Games were that an athlete should be a prospective medal winner first, Chioma would never have gone to the Olympics.

The same situation happened to Nigeria’s Atlanta Dream Team. En route Atlanta ’96, the football team was scandalously beaten on home ground inside the main bowl of the national stadium in Surulere, Lagos, by Togo. Thereafter, no one gave them a chance.

But having qualified for the Games, they still attended, and shockingly conquered the rest of the World and recorded Nigeria’s first Olympic Gold medal in football.

I have sited all the stories above in order to buttress a point I intend to humbly make.

Some Nigerian athletes that qualified to go to the ongoing Commonwealth Games are not there because, according to some administrators (supported by many stakeholders), the games are not a jamboree and the athletes are not medal prospects.

It is preposterous, unjust, unkind and against the spirit of the Olympic movement.

Going to any multisport games like the Commonwealth Games or the Olympics is not only about winning medals.

The individual, national, continental achievements are all important, but the essential first step, without which none of the above can happen, is participation once the conditions for doing so are met even without the guarantee of a medal.

That’s why those that stopped Funke Oshonaike and Segun Toriola, amongst other athletes (particularly in table tennis) that qualified to attend the on-going Commonwealth Games, from attending and representing the country, were very wrong.

China Lifts 13.9 Million People Out Of Poverty Each Year