Security agents in Kaduna on Monday averted what would have led to a bloody clash in the Kabala West area of the city following the alleged killing of a suspected house burglar last Sunday. Angry mob was said to have lynched to death the suspected burglar and his corpse was found by his friends and…”
Editor
News 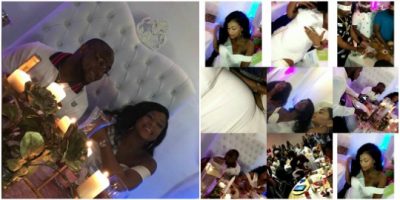 Security agents in Kaduna on Monday averted what would have led to a bloody clash in the Kabala West area of the city following the alleged killing of a suspected house burglar last Sunday.

Angry mob was said to have lynched to death the suspected burglar and his corpse was found by his friends and relatives on Monday morning.

The incident which was said to have happened along Kaje Street, Kabala West, according to eyewitness account, led to fracas on Monday morning between two groups suspected to be for and against the alleged thief that was lynched to death by angry mob.

The development caused panic among residents as the news of the clash spread around the city with many whose shops are located in Kabala West area closing the shops for their safety.
Motorists plying the busy Nnamdi Azikiwe bypass had to follow alternative routes as the two warring groups were seen throwing sharp objects at each other and passersby.

Another version of the report was that fighting broke out as a result of an argument between two friends over football match betting.
The argument was said to have led to exchange of blows at a local viewing centre in the area, causing fear and tension among the residents of the area.

Unconfirmed sources said several people were said to have sustained injuries during the fracas, forcing some residents to abandoned their homes for other locations for safety.
Residents of Kaduna had witnessed several bloody ethno-religious clashes in the past and any slight skirmishes always cause fear and apprehension among residents.

The state government however responded swiftly to the clashes by deploying the police and soldiers to the area to avoid any break down of law and order.
Governor Nasir el-Fufai’s spokesman, Samuel Aruwan, said the situation in the area had been brought under control as security operatives had been deployed to there.

The state police command has however declared a manhunt for the perpetrators.
Spokesman of the command, Aliyu Usman, an Assistant Superintendent of Police (ASP) said the situation was under control and “we are working towards arresting the offenders.”
Meanwhile, some residents of the area said they cannot go back to their homes as the police and soldiers have blocked the way leading to the community.

One of the residents who pleaded anonymity said: “Some of us cannot go back home since we managed to escape from the area in the morning because soldiers and police have blocked the roads leading to our houses.

“Those residents that left for work in the morning have to call back home to their families to remain indoors while those that have left the house are asked to look for a safer place within the city centre and stay.

“It is unfortunate that people are linking the fracas to religion, but I want to tell you that it has nothing to do with religion at all, a thief was lychned to death and his so called friends decided to take law into their hands.
“We are however happy that security people intervened immediately, and the situation is returning to normalcy as I speak to you.”