The Emir of Kano, Alhaji Muhammadu Sanusi II, yesterday advocated for compulsory drug test for Nigeria’s leaders. He also accused politicians for using addicts as thugs. He said this at the opening of a two-day Senate discussion on Drug Abuse Epidemic in Nigeria held in Kano yesterday, Sanusi said: “If we, the leaders, political office…”
Editor
News 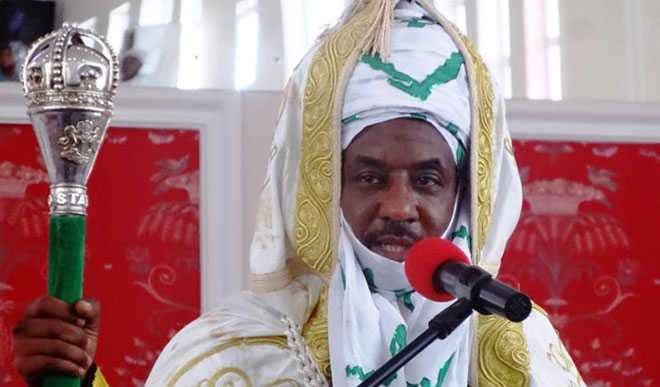 He said this at the opening of a two-day Senate discussion on Drug Abuse Epidemic in Nigeria held in Kano yesterday, Sanusi said: “If we, the leaders, political office holders, ministers, emirs, senators and even Imams claim we are not part of the cause of this menace, we are deceiving ourselves because we have seen how governors parade these youths who are under the influence of drugs and move around in their convoys for security cover.”

Sanusi, who represented the Sultan of Sokoto, Dr. Sa’ad Abubakar, said: “You can count many of these thugs who are on the payroll of politicians, working for them and having access to security agencies. In fact, it is becoming profitable for these youths to work for these politicians who give them all they want rather than look for gainful employment. We should all be part of the solution. Any person willing to take up public office should therefore undergo a drug test. And if positive, should be denied the opportunity.”

The emir called for better funding for the National Drug Law Enforcement Agency. He also blamed the abuse of psychotropic drugs in the North on poverty, illiteracy and broken homes.“You find a man who cannot care sufficiently for a wife getting married to two or three women, producing 20 or 30 children, and sending them out to care for themselves. This must stop. Until the government looks into family management and punishes anybody who treats family like slaves, the war against drug abuse might not be won,” Sanusi said.

Senate President Bukola Saraki pledged the commitment of the legislature to the enforcement of drug laws.Kano State Deputy Governor, Prof. Hafiz Abubakar, disclosed that the fight against drug abuse was beyond the capacity of the state and called for Federal Government support.

According to him, “Kano has the largest share of all the challenges, considering our population and commercial base, yet we have just one rehabilitation center. The government set up a task force. Arrests were made. Drugs worth N4.6 billion have already been destroyed. But this has little or no effect on what is on ground.”