Former Director-General of National Emergency Management Agency (NEMA), Malam Mohammed Sani Sidi who was sacked in April by the Buhari administration for corruption has revealed his intent to join the governorship race in Kaduna under the umbrella of the Peoples Democratic Party (PDP). Sidi, gave the indication when he submitted his letter of intent to…”
Editor
News 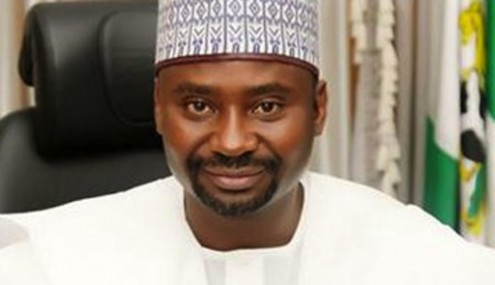 Former Director-General of National Emergency Management Agency (NEMA), Malam Mohammed Sani Sidi who was sacked in April by the Buhari administration for corruption has revealed his intent to join the governorship race in Kaduna under the umbrella of the Peoples Democratic Party (PDP).

Sidi, gave the indication when he submitted his letter of intent to the Kaduna State Executives of the Peoples Democratic Party (PDP).

The entrance of Sidi brings the number of aspirants seeking the PDP ticket to run for the Governorship seat in Kaduna State to four.

Sidi said: ”I consider the warm reception you have accorded me and my supporters here as an honour and a rare privilege, considering the short notice I gave you in the midst of your very busy schedules. I remain forever grateful for the honour and privilege.

“I am here for two reasons. First, I am here to express my appreciation to you Mr. Chairman and your working committee for all your efforts and sacrifices to ensure that our Party and the PDP family continue to remain virile, focused and united.

“This is in spite of the myriad of challenges that continue to shake their fists before your faces.

“It is this resilience of yours, our leaders that kept our Party from being devoured by wolves that disguised in sheep clothing.

”It is for this your tenacity, that we still have a party today called the PDP.

“It is for this your resoluteness that we still have hope for the common man come 2019,” Sidi said.

Sidi said he was in the PDP secretariat to formally declare his intention to contest the governorship of Kaduna State in the 2019 general elections on the platform of party.

He said his decision was taken after due consultations with his family, friends, political associates and key stakeholders across the State.

”I have come therefore to seek for your blessing and prayers.

“My desire to run for the office of Kaduna state governor springs from my burning passion to rescue our dear state from systematic destruction,” Sidi said.

According to the politician, my aspiration is a rescue mission to save our State from further drift into total collapse.

“My vision for Kaduna state is one of a peaceful, united and prosperous state.

“God has endowed our dear state with abundant human and material resources, and one of my main goals is to provide the necessary visionary leadership that harnesses these resources together to transform the state for our collective good.

“Although in opposition, our party the PDP is still the biggest, strongest and most united.

“Under my leadership, I will ensure the entrenchment of the Principle of Party supremacy where all of us are subjected to the supremacy of the Party irrespective of our political status.

Seven of the agency’s directors were suspended with him.

In a statement by the presidency, Sani Sidi was accused of maintaining 20 different accounts in various banks despite his public servant status. He is now under investigation by the the Economic and Financial Crimes Commission (EFCC).

Some politicians including the immediate past Governor, Dr Mukhtar Yero, former Controller Finance at ECOWAS, Dr Muhammad Sani Bello and Alhaji Shuaibu Idris, had formally submitted their letters of intent to vie for the Kaduna governorship ticket.