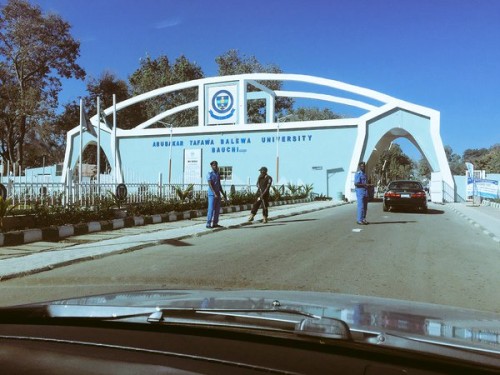 Two senior lecturers of Abubakar Tafawa Balewa University (ATBU), Bauchi, Aminu Rufai and Idris Abdullahi, dismissed by the institution, said on Sunday that the action of the institution was in bad faith.

It would be recalled that the management of the institution announced that their dismissal was sequel to the acceptance of the report of a Senior Staff Disciplinary and Prima-Facie Committees.

‘‘Both committees established that Prof. Aminu Ahmed Rufa’i had more than one full paid job and took up probationary appointment after clicking 50 years of age.
‎
‘‘At the same 86th Regular meeting held on Wednesday, April 25, 2018, Council also upheld the dismissal of Dr Idris Isyaku Abdullahi of the Department of Accounting and Finance in the Faculty of Management Science for defamation of character, smear campaign/false claims against the University”, the institution had alleged.

But in their reaction to the allegations during an interview with News Agency of Nigeria (NAN) in Bauchi, they said they were being witch-hunted for insisting that certain unwholesome practices in the institution be checked or corrected.

According to the lecturers, the two committees set up, which recommendations were used to justify their sack, did not work with the terms of reference spelt out, as such it was a clear case of witch-hunt.

They said that considering the damaging press statement circulated on their purported dismissal, they had no option than to state their side of the story.

Mr Rufai expressed surprise at the allegation of “more than one full paid job” and “taking probationary appointment after clicking 50 years of age” leveled against him.

The professor of Human Anatomy said he found himself at ATBU as a member of a committee invited to come and establish the College of Medical Sciences of the institution.

“My appointment was regularised by the institution thereafter, through the due process. If they are saying I was above 50 that time, didn’t they see my document indicating my age? If they did, then whose fault?” he queried.

The don also said that the second allegation of having “more than one full paid job” was a calculated mischief as the institution was aware that there was a pending case before the Industrial Arbitration Court.

In his account, Mr Abdullahi told NAN that his ordeal had to do with his insistence that a student caught cheating ‘red-handed’ during an examination, be punished, to serve as a deterrent to others.

According to him, a committee was set up to investigate the matter (cheating) but its outcome was swept under the carpet.

“As I am talking to you now, the student has graduated but I am still insisting, through petitions to the appropriate authorities, that justice must be done because other students are watching.

“All attempts to coerce, intimidate or cajole me into abandoning my position, has failed, hence the framing of allegations of “defamation of character, smear campaign and false claims against the University”, which was used to justify my dismissal.

He said that a case on the matter was before a Bauchi High Court, and therefore wondered why the institution still went ahead to act on it.

“The culprit of the malpractice has dragged me to court for defamation and members of the public will be shocked by my revelation on the day I will testify.

“I have all the documents because the cheating took place during the sitting of an examination in a course I was teaching,” said Mr Abdullahi, who holds a Doctorate Degree in Economics.

Ayedaade South Embarks On Massive Rehabilitation Of Roads, Other Projects