There is a growing row between the Deputy Speaker of the House of Representatives, Hon Lasun Yussuff and his security aides over their unpaid Duty Travelling Allowances, OSUN DEFENDER has exclusively learnt. According to information, the aides have started complaining with a threat to boycott some important functions of their principal if their demands were not…”
Editor
featured News 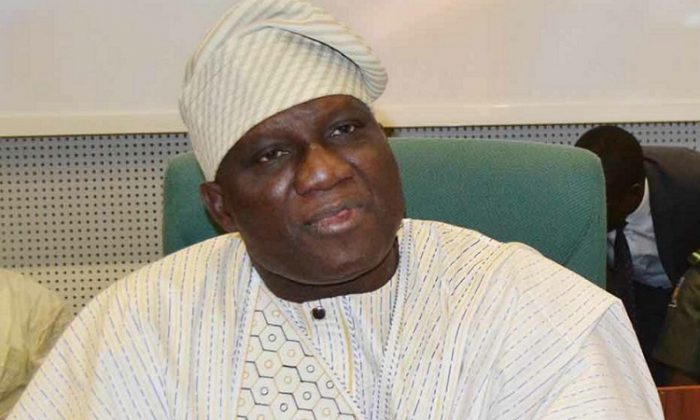 There is a growing row between the Deputy Speaker of the House of Representatives, Hon Lasun Yussuff and his security aides over their unpaid Duty Travelling Allowances, OSUN DEFENDER has exclusively learnt.

According to information, the aides have started complaining with a threat to boycott some important functions of their principal if their demands were not met.

Sources close to the Deputy Speaker’s camp say the allowances totaling over N15, 360, 000 were incurred during the governorship ambition consultation of Hon Yussuff where 32 officers comprising of men of the Nigerian Police Force and Department of State Services DSS were drafted for the assignment.

The security attachment were said to have spent 28 days at Lasun’s country home in Ilobu, Osun State to provide optimum security for their principal who was on tour round the state for his electioneering pursuit.

The consultation according to information held between July and August, 2017 during the Annual Recess of the National Assembly.

According to a source who spoke to OSUN DEFENDER, the situation has remained worse since their agitation started as the Deputy Speaker showed no signs of looking into the situation.

The source in his words said “Thirty-two security personnel left Abuja on the 27th July, 2017 to the country home of Hon. Yusuff in Ilobu, Osun state and spent 28 days before returning to Abuja.”

“Each officer(s) were entitled to 12, 000 per night excluding accommodation and feeding.”

He added that “Lasun Yusuf pays his Details after each trip he embarks on, contrary to the norms of past Deputy Speaker, Emeka Ihedioha who pays part of the DTA for the officers to settle their families before leaving Abuja.”

Other sources who confided in OSUN DEFENDER said, “Since the Deputy Speaker has begun campaign for 2018 election he has not been taking care of us especially the payment of our allowances”.

“We have not been paid our 28days, DTA two months after returning to Abuja. He had owed us 12days before we came down to Osun, to his country home on July 27th where we spent 28 days before returning for Abuja.”

It was reliably gathered that since the said Security Details got back to Abuja, they have been grumbling and complaining about the non-payment of their allowances just as some of them said they could not meet basic family obligations.

Investigation by OSUN DEFENDER revealed that, the Chief Security Detail of the Deputy Speaker had met his boss to register the grievances but was turned down as the principal exclaimed that the money was too much and will henceforth travel with lesser security personnel.

Another source disclosed that, “Oga has said he won’t pay our hotel bills again because they are too expensive to afford and that because of his governorship ambition, they will have reasons to travel all the time so we must know how to make our ways each time we accompany him to his home state.”

With the turn of events, the security personnel considering their plight in the hands of the Deputy Speaker might put up some attitude which may hitherto affect the security situation around the federal lawmaker.

Findings also reveal that the situation is not alien to the security personnel as their principal occasionally turns them back during outings claiming that “they are not the ones that secure him.” (Although Not Confirmed)

Hon Lasun’s Chief Press Secretary, Wole Oladimeji, refused to comment on why his principal has not paid the aides even when it is believed that National Assembly does not owe him security votes.

Making further enquiry on when the allowances would be paid, he requested for a meeting between him and our Correspondent.

“Come to my office and we can discuss further because as the spokesperson, I am yet to be paid too”

US Bars Citizens From Travelling To 14 States In Nigeria