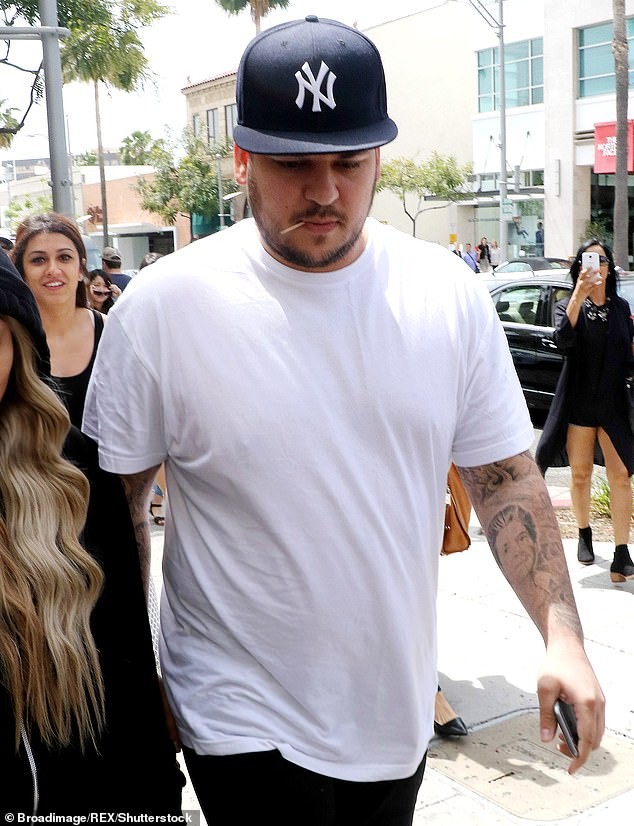 Rob Kardashian, the only brother of the Kardashian clan who has been out of public eye for some time, has lost 30 to 50 lbs and is working on self-improvement.

A source told Entertainment Tonight, that the father of one has been concentrated on self-improvement during his period of relative privacy,  The 31-year-old has apparently shed roughly 30 to 50 pounds and, as he wants to have ‘his priorities in check.

According to the entertainment site, the 31-year-old has apparently shed roughly 30 to 50 pounds and wants to have ‘his priorities in check.’ He is currently seeking professional assistance to trim his weight down.

Rob, who break-up with Dream’s mother Blac Chyna last year, ‘needed to completely change his life, things were spiraling out of control for him and his health and relationships were suffering. He needed to refocus.’

The insider said of Rob, who is off of Instagram: ‘Getting out of the spotlight was so important for Rob,’ and also noted: ‘His life is completely different now.’

Princess Diana Opens Up About Her Marriage