Local airlines are to save as much as N11.55 billion in revenue yearly from the planned review and removal of the mandatory Value Added Tax (VAT) on all air travel tickets issued. This new plan has been scheduled to be discussed and considered at the next Federal Executive Council (FEC) meeting. The tax, which is…”
Editor
Economy News Technology 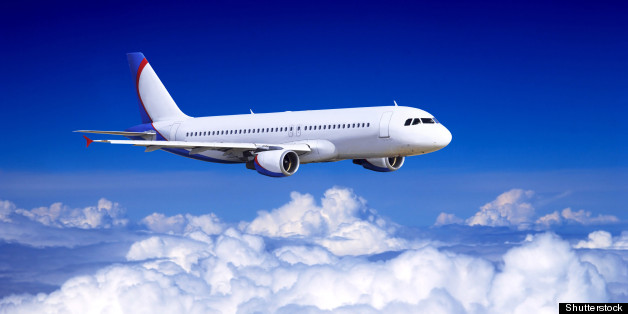 Local airlines are to save as much as N11.55 billion in revenue yearly from the planned review and removal of the mandatory Value Added Tax (VAT) on all air travel tickets issued.

This new plan has been scheduled to be discussed and considered at the next Federal Executive Council (FEC) meeting.

The tax, which is five per cent of every ticket fare paid only by local passengers, will help the aviation sector save a lot of money. Federal Stakeholders have also commended the proposed move, describing it as a step in the right direction to save the local airlines from the burden of multiple charges allegedly suffocating the carriers.

The operators have consistently raised concerns on the perennial challenges occasioned by multiple taxation in the system, especially VAT, that is rare in global aviation and even in other modes of transportation in Nigeria. Besides VAT and Passenger Service Charge (PSC) that cost 10 per cent of every fare, the airlines alleged payment of 35 other sundry charges that cumulatively rake off about 65 per cent of revenue made in the sector.

The relentless campaign against the “killing” taxes and charges regime, however, paid off at the weekend when the Minister of State for Aviation, Hadi Sirika, disclosed that a plan to remove the VAT, among others, had reached an advanced stage.

Sirika said in Lagos that the special committee of all stakeholders set up by the Federal Government to review multiple charges had submitted its report with a proposal for the removal VAT to align the industry with its counterparts in the world.

“We have gone very far. The report has been submitted and we are presenting the same to the government. One of the things we are considering is VAT. Since it is not chargeable on transportation, we are working hard to convince the government and I’m sure the government will be convinced to remove it and a few other things. We are preparing the final report for the government to take a final decision,” Sirika said.

Figures made available by the Nigeria Civil Aviation Authority (NCAA) show that local carriers transported no fewer than 7.7 million passengers in 2017. At an average of N30, 000 per ticket, the carriers accumulated N231 billion of which five per cent VAT was in excess of N11.55 billion.

One of the agencies represented in the taxes and charges review committee is the Nigerian Civil Aviation Authority (NCAA). The spokesman, Sam Adurogboye, said the proposal became necessary to align with international best practices.

Joji, who is also the Managing Director of Skypower Express Airways Nigeria Limited, claimed that VAT Decree 102 of 1993, schedule three, under “Goods Except” actually exempted transportation by road, rail and water from VAT deductions.

“Erroneously, they (government of the day) left air transportation on the VAT list. When we demanded to know the reason, they said because aviation was high- profile, unlike other sub-sectors. But that is a bad argument. They don’t know that aviation is a catalyst for the economy. That is what we have been telling them all these years,” Joji said.

According to him, the removal of VAT will be in the best interest of not only the passengers but the airlines in the areas of spare parts importation, payment of charges to regulatory agencies like NCAA and Nigeria Airspace Management Agency (NAMA) and helping the airlines to compete favourably with their counterparts on the African continent.

Other stakeholders toed the path of Joji, though stressed the need for more taxes and charges to be taken off the airlines or properly harmonised without duplications.

Together, these charges eat deep into earnings, leaving the airlines with less than N10,000 on a passenger ticket sold at an average price of N30,000.

The Chief Executive Officer of Air Peace, Allen Onyema, who confirmed the heavy toll, said: “If this current regime of taxation is not removed, no airline will survive.”