Preface: The Man With An Extraordinary Large Heart

Being the preface to the autobiography of Hon. Idowu Korede, a stalwart of the All Progressives Congress (APC) and strong ally of the Minister of Interior, Ogbeni Rauf Aregbesola, to commemorate his 60th birthday on August 14, 2021. I think it was Euripides, the Greek tragedian, that wrote that a loyal friend is worth…”
Yusuf
featured Op-Ed 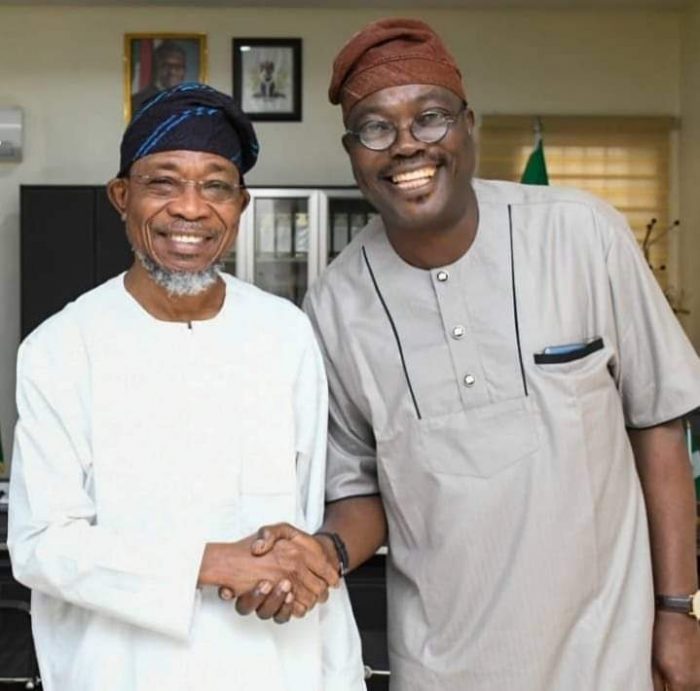 Being the preface to the autobiography of Hon. Idowu Korede, a stalwart of the All Progressives Congress (APC) and strong ally of the Minister of Interior, Ogbeni Rauf Aregbesola, to commemorate his 60th birthday on August 14, 2021.

I think it was Euripides, the Greek tragedian, that wrote that a loyal friend is worth ten thousand relatives. This will truly reflect who Idowu Korede has been to me since our paths crossed in 2003.

I consider it a great privilege therefore to write the preface to his autobiography commemorating his 60th birthday.

Korede’s story and the trajectory of his life are remarkable. He was born in Northern Nigeria to Ijesa parents and grew up there. His parents, fearing he might be lost in that culture, sent him to live with his aunt in Ilorin. From Ilorin he came to live in Ilesa, his home town, and was sent out of Ilesa Grammar School for rascally behaviour and had to go to three different secondary schools to complete is secondary education.

After his secondary education, fate took him to School of Health Technology, in Ilesa and University of Nigeria, Nsukka, where he qualified as a Public Health Superintendent and Officer, respectively. He had a stellar career as public health officer and retired to private practice and active political life.

His political sojourn, like life itself, has been with ups and downs but the ups trump the downs. He began his political career during the democratic transition programme of the Sani Abacha era and established himself as a grassroots politician, but he could not make much of it in spite of his popularity and efforts.

He was a foundation member of the Alliance for Democracy (AD), the foundation party of ACN; which is one of the legacy parties and our own tendency, that metamorphosed into the All Progressives Congress (APC), making him a core progressive.

The politics of the Fourth Republic is not in vacuo. It actually had its fountainhead in the aborted Third Republic which was truncated with the annulment of the June 12, 1993 Presidential Election won by Chief Moshood Abiola.  Not only was the election annulled, Chief Abiola was arrested and put in illegal detention where he died on July 7, 1998.

But the death of Abiola in custody looks every inch an inequitable and bizarre balancing with that of General Sani Abacha, the usurper of Abiola’s mandate and his gaoler, who had earlier died on June 8, 1998, just one month apart.

Abacha’s successor, General Abdulsalam Abubakar, hurriedly put up a transition programme in which the mainstream Yoruba progressives participated under the AD. The bulk of the AD had trenchantly but courageously opposed the military and called for among others, the release of Abiola, the actualisation of June 12 mandate and unconditional military disengagement from government. For this, they were either driven to exile or held in detention.

Therefore, these valiant warriors were the flagbearers of the party in virtually all elective posts, making it difficult for starters but promising politicians like Korede to make much inroads at the time. Rather than being discouraged, he has remained steadfast and has steadied the course.

Tragically, that 1999 progressive wave soon fizzled out as the AD was routed in the next election cycle in 2003, with Asiwaju Bola Ahmed Tinubu in Lagos being the last and lone man standing. The retreat of progressivism in the West could be attributed to the murder of Chief Bola Ige and the grand scheme of the Peoples Democratic Party (PDP) to subvert democracy and foist a totalitarian regime on the country, among others.

It was while emerging from the ashes of the near wipe out, after the 2003 election, that I met Korede in Ilesa. The PDP had come to power in Osun then and they were preparing for local government election in which Korede was the charismatic candidate of the AD in Ilesa East.

We came to Osun from Lagos, in company of Asiwaju Tinubu and Chief Bisi Akande, to campaign for the party’s candidates in the election and we hit it off. Though reports claim he was the voters favourite but he was robbed and the victory given to the candidate of the PDP. We have been together since.

When I signified my intention to contest the 2007 governorship election, he was nominated by the Ijesa South political family to represent them in my team. He has remained loyal and committed not just to the two elections I contested and won, but to my administration and person till now.

He is also a man lavish in his consideration for others. It stands to his credit that virtually all the players in my team from his constituency were recommended by him. Regrettably, he didn’t get similar returns from those he recommended. He is extraordinary in his largeness of heart but he never got a bit of that in return from them.

It pleases me so well therefore to pen these few lines for a brother and friend who has shown me so much loyalty and love. His unfeigned loyalty and faithfulness adequately compensate for whatever treachery I might have suffered from others.

I pray and have no doubt that his stocks will continue to rise in politics and his other endeavours in life.