Pope Francis was set to address the Catholic Church Sunday at the close of a landmark Vatican summit on a paedophilia crisis that has devastated lives in countries across the globe. The 82-year-old has warned victims to lower their expectations, saying that much of the work on tackling abuse would be done post-summit. But survivors…”
Editor
News 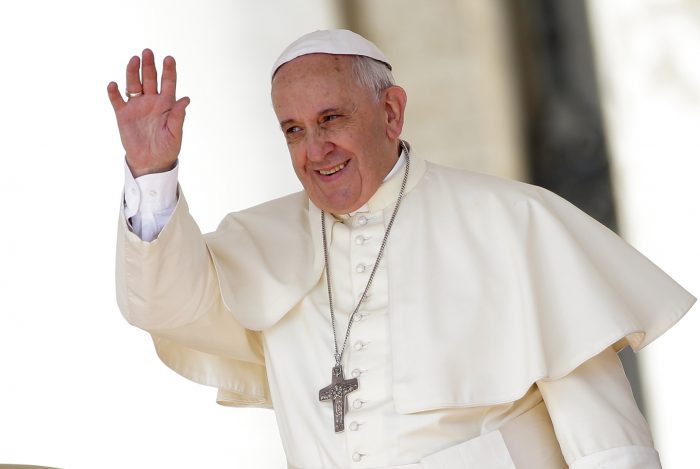 Pope Francis was set to address the Catholic Church Sunday at the close of a landmark Vatican summit on a paedophilia crisis that has devastated lives in countries across the globe.

The 82-year-old has warned victims to lower their expectations, saying that much of the work on tackling abuse would be done post-summit.

But survivors will be watching his speech closely for signs of change within the centuries-old institution.

The Argentine pontiff kicked off the four-day meeting by calling for “concrete measures” and handing 114 senior bishops a roadmap to shape the debate on how to stop child sex abuse by priests.

This included drawing up mandatory codes of conduct for priests, training people to spot abuse, and informing police.

On Saturday, he led those gathered in a penitential liturgy, saying: “We must say, like the prodigal son: ‘Father, I have sinned'”.

In a nod to those bishops — particularly from Asia and Africa — who have persisted in denying child sex abuse is a problem in their countries, he called on all present “to look honestly at the situation in our countries and our own actions”.

The meeting has been marked by soul-seeking and self-recrimination by the Roman Catholic Church, and horror stories from abuse victims.

German Cardinal Reinhard Marx admitted Saturday that “files that could have documented the terrible deeds and named those responsible were destroyed, or not even created”.

The admission sparked an angry reaction from the international association ECA (Ending Clerical Abuse), which slammed the destruction of such documents “illegal” and called for an investigation.

The ongoing scandals have hit countries around the world, with recent cases affecting Chile, Germany and the US.

Those gathered heard testimonies from victims, one of whom was forced to have three abortions after being abused for years by a priest who beat her, while another said he had been molested more than 100 times.

“Engraved in my eyes, ears, nose, body and soul, are all the times he immobilised me, the child, with superhuman strength,” said another woman, who described to the assembly how she was repeatedly raped aged 11 by a priest.

Marx, a liberal who has apologised to German clerical abuse victims, insisted there were “no alternatives to transparency”, adding that attempts to cover-up scandals risked seriously undermining the Catholic Church’s credibility.

Cardinal Blase Cupich of Chicago said new legal procedures were needed to deal with those either accused of abuse or of protecting alleged perpetrators, and insisted lay experts should be involved in every step.

He said transparent new structures were needed to ease both the lodging of allegations and the removal of the guilty from office.

Telling the public about the number and type of investigations underway would help counter mistrust, the cardinals said.

The Vatican has in the past refused to hand over internal documents about abuse cases to police investigating paedophilia.

The Church had to “recognise that the enemy is within”, Cardinal Jose Horacio Gomez said Thursday.

“The damage caused is so deep, the pain inflicted is so profound, the consequences of the abuses that have taken place in the Church are so immense that we will never be able to say that we have done all that can be done,” he said.