Donatus Enyeobi a Nigerian man is on the run after he gave a lecture on how to rape women. This Facebook video went viral almost immediately drawing the ire of Nigerians and anti-rape advocates. Enyeobi’s action of teaching men interested in raping ladies shocked the social media space, especially the part where he admitted that…”
Editor
News Technology 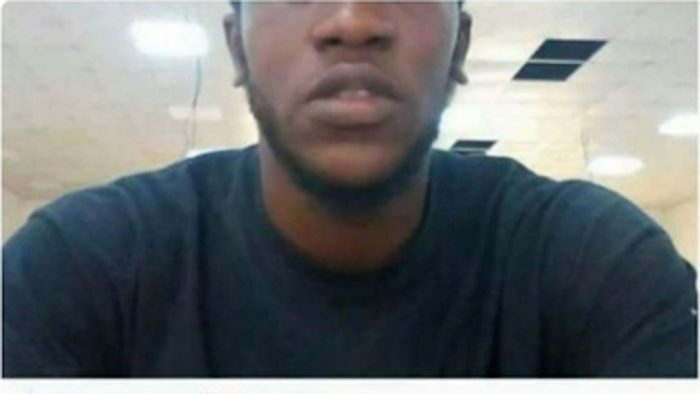 Donatus Enyeobi a Nigerian man is on the run after he gave a lecture on how to rape women. This Facebook video went viral almost immediately drawing the ire of Nigerians and anti-rape advocates. Enyeobi’s action of teaching men interested in raping ladies shocked the social media space, especially the part where he admitted that his method has aided him in successfully raping several girls.

In the Facebook post, he wrote: “Well, for the guys that are interested, before you rape, make sure you punch her neck first so she can be unconscious. Then it will be easy to get into her pants. I am posting out of experience. Take it or leave it.” It was not surprising that it went viral with the general consensus being that he be found and brought to justice. When initially confronted, he showed no remorse about the post or even the fact that he admitted to have raped several girls using that method.

One of the appalled followers had tried to engage him to pull down the post as it would cause more damage and breed potential rapists in a society already riddled with several unsolved rape cases. In a chat between the duo, he was told that the post would put him into trouble but he rudely told the adviser to “go and sleep” as no one knows his whereabouts, therefore cannot be found.

Several Nigerians took to different social media platforms to condemn his post and call for his arrest. Lifestyle coach, Laila Mathew St.Daniel, who was among those calling for his arrest, said: “This young man’s post points to him as being a serial rapist. He must be located.” Also, anti-rape advocate, Esther Ijewere, said: “Please, let’s fish him out, it’s obvious this one is not only a rapist but a beast. Please help with details about him.”

In his hot pursuit, the Stand To End Rape initiative, a non-governmental organisation, tracked Enyeobi to his workplace. When his post went viral, the group took up the manhunt and put the power of social media to test by asking people to help identify his location so that he is brought to book. When all hope seemed lost, their search yielded results yesterday when some people helped tracked him to his work place. With the help of several Nigerians who provided pointers, he was traced and located to his workplace where his employers, DEPASA Marine International Nigeria, confirmed that he was on the run.

Giving an update on the matter, the NGO said: “We met with his employers and they confirmed he is presently on the run. We will meet again later this week to discuss further options.”

Meanwhile, amidst all this tension, the Lagos State Police Command is silent on the issue as they are yet to declare him wanted. Facebook seem to be silent or unaware of the issue too.