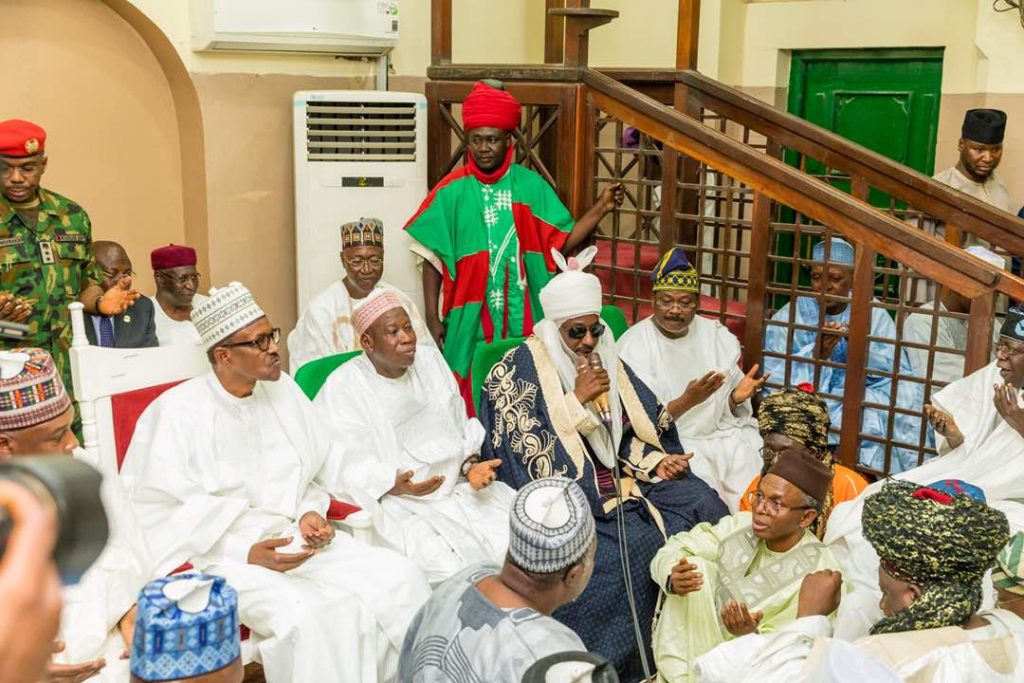 The Islamic wedding which was superintended by the Emir of Kano, Mohammadu Sanusi II had President Buhari as the groom’s guardian and Asiwaju Tinubu as the bride’s guardian with the wife collecting N50,000 as dowry.

The event attracted dignitaries from far and near.