The Oyo State Government and the Organised Private Sector (OPS) on skills for job component for the 190 Youth Empowerment and Social Support Operations (YESSO) have signed a Memorandum of Understanding (MoU) to empower youths in agribusiness. Likewise, the state government also signed another MoU with Hills Harvest Limited to boost the production of fruits…”
Yusuf
Oduduwa 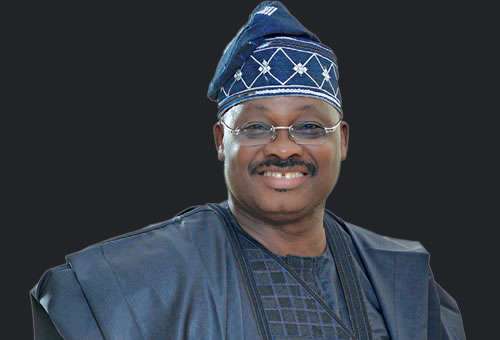 The Oyo State Government and the Organised Private Sector (OPS) on skills for job component for the 190 Youth Empowerment and Social Support Operations (YESSO) have signed a Memorandum of Understanding (MoU) to empower youths in agribusiness.

Likewise, the state government also signed another MoU with Hills Harvest Limited to boost the production of fruits and vegetables in the state and also tackle the issue of post-harvest losses.

Yomi Oke, commissioner for youth and sports, Oyo state explained at the signing on the MoU that it is part of the prerequisite for any participating state under the YESSO scheme, adding that it is to ensure smooth implementation and sustainability of the operation.

Oke admonished the OPS members to expose the beneficiaries to training that would allow them to compete favourably in the local market, assuring that the state government will adhere strictly to the content in the MoU.

Speaking, Abimbola Adekanmbi, Oyo state commissioner for finance and budget, represented by David Olatunde, permanent secretary in the Ministry, assured the gathering of the prompt release of fund for the programme, noting that it has been included in the current year budget estimate.
In his address, Nasir Ladan, director general of National Directorate of Employment (NDA) who was represented by Safar Adeola, South West Zonal director, encouraged the beneficiaries to make judicious use of the opportunity given them to learn.

The representatives of Ibadan Chambers of Commerce, Trades Men and Artisans of Nigeria Association and the Nigeria Association of Small and Medium Enterprise, Sola Abodunrin, Tajudeen Isola and Tunji Aleem charged the beneficiaries to project themselves as good trainees, promising that they will adequately be exposed to the necessary training they deserve.
At the signing of the MoU with Hills Harvest Limited recently, Oyewole Oyewumi, commissioner of agriculture said that the deal signed with the agricultural marketing firm was aimed at preserving perishable produce with limited life span and increase income generation for the farmers.
Oyewole stressed further that the partnership would afford farmers the opportunity to acquire skills that would assist them in producing standard produce suitable for exportation, hinting that cold ware houses will be built in agricultural zones of the state and managed under Public Private Partnership (PPP) arrangement with a view to reducing post-harvest loss to minimal percent.

The commissioner reiterated the commitment of the Oyo State Government in making agriculture a profitable business for all and sundry, saying that the government is on the verge of expanding the dams in the state to make irrigation farming convenient and profitable for concerned farmers.
In his remarks, Deji Rotimi, managing director, Hills Harvest Limited, assured farmers in the state of mutually benefited arrangements by receiving their produce at profitable rates, adding that warehouses will be built based on the climatic condition of each agricultural zones of the state to prevent spoilage and ensuring standards.