Bishop Oyedepo of the Living Faith Tabernacle, David Oyedepo tops the Forbes list of richest pastors in the world with a net worth of $150 million. Oyedepo heads the single largest church in the world, which is otherwise known as Winners’ Chapel. As one of the main founders of the Nigerian Christian Charismatic movement, he…”
Editor
Entertainment News 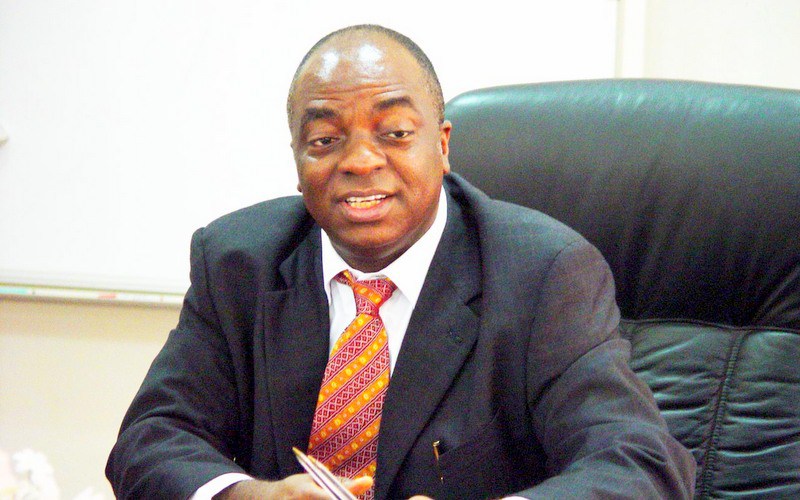 Bishop Oyedepo of the Living Faith Tabernacle, David Oyedepo tops the Forbes list of richest pastors in the world with a net worth of $150 million.

Oyedepo heads the single largest church in the world, which is otherwise known as Winners’ Chapel.
As one of the main founders of the Nigerian Christian Charismatic movement, he also exerts control over churches in 45 African nations, as well as several in Dubai, the United Kingdom and the United States.

Head of the largest church in the all of Asia and netting a salary of $550,000 a year, Prince could easily be seen as blessed. Born to a Sikh priest and previously employed as an IT consultant, his unlikely career has garnered a grand following worldwide from his native Malaysia to the United States. This popularity is partially thanks to such friends as Joel Osteen of Lakewood Megachurch who has hosted a number of his sermons. One of the most internet savvy of the pastors listed, Prince also has a online video and podcast with a following from over 150 countries.

Considered a Prophet by most of his congregation, Joshua has a unique and notable influence in his native country of Nigeria. While primarily preaching from his home city of Lagos, Nigeria, Joshua has over 1.5 million Facebook fans. He also has a history of sending “Anointed Water” to thousands of individuals worldwide, most notably during the recent Ebola crisis. There has been ongoing controversy regarding his claims to deliver people from possession, and there are 3 reported deaths in the U.K. linked to his church. These were reported to be cases where the individuals refused life lengthening AIDS medication and instead relied on prayer for survival.

Once called by many as “America’s Pastor”, Billy Graham is among the most well known and long-lived pastors on the planet. Born in 1918 and educated in Anthropology and Biblical Studies by the Trinity Bible College in Florida State, he has been a presence for many historic events of the past two generations. From bailing Dr. Martin Luther King Jr out of jail during the fight for Civil Rights, to directly writing and supporting Nixon during the Vietnam war, he has always been quite political minded. This fact has no doubt helped his following, with an estimated audience of around 2.2 Billion individuals over the course of his career.

Best known for his messages about prosperity and abundance, it appears Copeland can reference quite a bit of firsthand experience. Before his conversion to Christianity he had commercial success as a recording artist, releasing 1957’s “Pledge of Love” which made it to #17 of the top 40 billboard hits of the year. Copeland has had a lifelong love for flying as well, which allowed him after conversion to become the personal pilot of Oral Roberts before starting his own ministry and owning his own private jet (admittedly paid for by church donations). Copeland and his family also reside in a $6.3 million estate, where television audiences are invited to sit around the table with the family on “Believers Voice of Victory”.

With Dollar in his name, was there any doubt this pastor would appear on such a list? Known as one of the flashiest of American Ministers, he owns a Rolls Royce, multiple $2.5 million dollar estates and in recent years been given an F by the Ministry Watch for financial transparency. To make matters worse, Dollar was arrested in 2013 for allegedly attacking his own daughter but the charges were dropped after agreements to join anger management groups. He like quite a few of his comrades in this list preaches almost exclusively the “prosperity” gospel. While receiving a Bachelor’s in Science for Education from West Georgia College, it appears this pastor has yet to learn the intricacies of “Do unto Others”.

Enoch Adejare Adeboye began his career in preaching while still maintaining a professorship at the University of Lagos, Nigeria. It appears his Ph.D. in mathematics continues to serve him well, as membership numbers of his Redeemed Christian Church of God continue to swell in over 100 countries. Adeboye has claimed a goal to put a church “within 5 minutes” of every home in the world. With 14,000 branches in Nigeria alone, it seems he has done so for at least one country.

Benny Hinn is perhaps the most openly controversial of any American Televangelist. Publicly claiming a gospel that empowers “faith healing”, he has been investigated by the United States Senate for manipulation of tax status, and his Ministry has been flagged with a “Donor Alert” by Ministry Watch. Regardless of this shady financial situation he continues to have a solid fellowship in both Canada and the United States. Followers of his teachings believe that if they are prayed over, they can be healed of any malady. Among his many luxury possessions is a Gulfstream G4 jet.

Yet another Lagos native, “Pastor Chris” has an incredibly busy schedule to go with his wealth. His Believers’ Loveworld Incorporated not only contains an absolutely massive fellowship branch, but also branches for humanitarian aid and education. He also owns three separate television channels that garner up to 2.5 million views per nightly event. As is common for someone with the “faith healing” gospel, there is some backlash, particularly from the Treatment Action Campaign against his claims of faith healing AIDS. As an interesting aside, as of 2017 South Africa is considering a warrant for his arrest if Oyakhilome and his organizations do not become more financially transparent.

Head of the Potter’s House Megachurch and Potter’s Touch television program, T.D. Jakes is a common face on many national broadcast stations. Jakes has also been seen with both Presidents Bush (during the Hurricane Katrina aftermath) and Obama (leading a morning church service in 2009) who have both commented on his faithful intents and actions. This is particularly notable, as both his Bachelor and Masters of Arts degree came from an unaccredited institution, Friends International Christian University. Though he does make a sizable yearly sum as a pastor, most of his wealth has originated in sales of his gospel music (for which he has won at least one Grammy award), books and numerous syndicated appearances. As it turns out, T.D. Jakes is also of Nigerian heritage, which was proven when he allowed for his DNA to be tested for a PBS program.

Coming in as a supposed host of the Holy Ghost with the most, Bishop David Oyedepo heads the single largest church in the world, Winners’ Chapel, which seats 50,000. As one of the main founders of the Nigerian Christian Charismatic movement, he also exerts control over churches in 45 African nations, as well as several in Dubai, the United Kingdom and the United States. Having been mentored by Adeboye, it is quite clear he took the formula of church expansion up a notch. Alongside churches, there has also been active outreach within his native continent where his ministry has aided in the development of hospitals, schools and maternity homes. As to be expected with such successes, two of his sons are following in his footsteps by heading up both the London and South African Winners’ Chapel divisions.

At Least 220 Dead In India, Bangladesh