Osun pensioners Threaten To Protest Over Consequential Adjustment To Pensions

The Nigerian Union of Pensioners (NUP), State of Osun Chapter, has revealed that it would be joining the national body to protest publicly after the expiration of the 21 days ultimatum given to the federal government on the implementation of the consequential adjustment to pensions. The Secretary of the union in Osun, comrade Dele…”
Olamide
News Osun 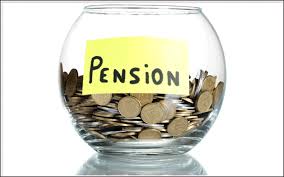 The Nigerian Union of Pensioners (NUP), State of Osun Chapter, has revealed that it would be joining the national body to protest publicly after the expiration of the 21 days ultimatum given to the federal government on the implementation of the consequential adjustment to pensions.

The Secretary of the union in Osun, comrade Dele Aina, also revealed that some groups of pensioners in the state agitating for a harmonised pension scheme still earned between N300, N500 and N600 as pension monthly.

While featuring in a morning radio programme in Osogbo on Friday, he explained that the reason for the protest is that the union is calling on the federal government to implement the consequential adjustment to pensions where all pensioners, notwithstanding the year of retirement would earn the same sum, adding that many of their members were suffering and languishing away.

He revealed that the union in its attempt to get the state government to implement the consequential adjustment had headed to the National Industrial Court and judgment is being awaited on the case.

Based on this, he noted that several attempts to see the state governor, Adegboyega Oyetola by the union has been frustrated by officials in government.

He disclosed that another meeting with the state’s Head Of Service proved futile because he demanded that the union withdraw its pending case with the National Industrial Court as a condition for the proposed meeting with the governor, an action which they were not willing to take.

He said, “We sent a message to the governor on social media, and he personally replied it, directing us to meet with the Accountant General.

“We also met with the Head Of Service, but he insisted we withdraw the case before the court. We are not willing to withdraw that case because it has been concluded, and we are awaiting judgment.”

Aina explained that the union had written seven letters at different times since the administration of Ogbeni Rauf Aregbesola, on the same issue, adding that at different fora, the former governor had promised to make the least paid pensioner in the state, to earn N10,000, a promise he never fulfilled before the expiration of his tenure.

He accused the state government of attempting to factionalise the union, adding that the Triangular Forum of Pensioners in the state was created to cause chaos and confusion within their ranks.

He also alleged that the government does not recognise and have the interest of the union members at heart as they are never consulted on any issue that has to do with pensioners.

The last time the government adjusted the pensioners scheme he maintained was during Olagunsoye Oyinlola administration and then they paid only 21 percent.

The union secretary revealed that there were various categories of pensioners in Osun, which comprised the 2011-2012 pensioners who are agitating for full payment of their gratuities from N500,000 to N7 million and the 1999 pensioners who are demanding a harmonised pension scheme