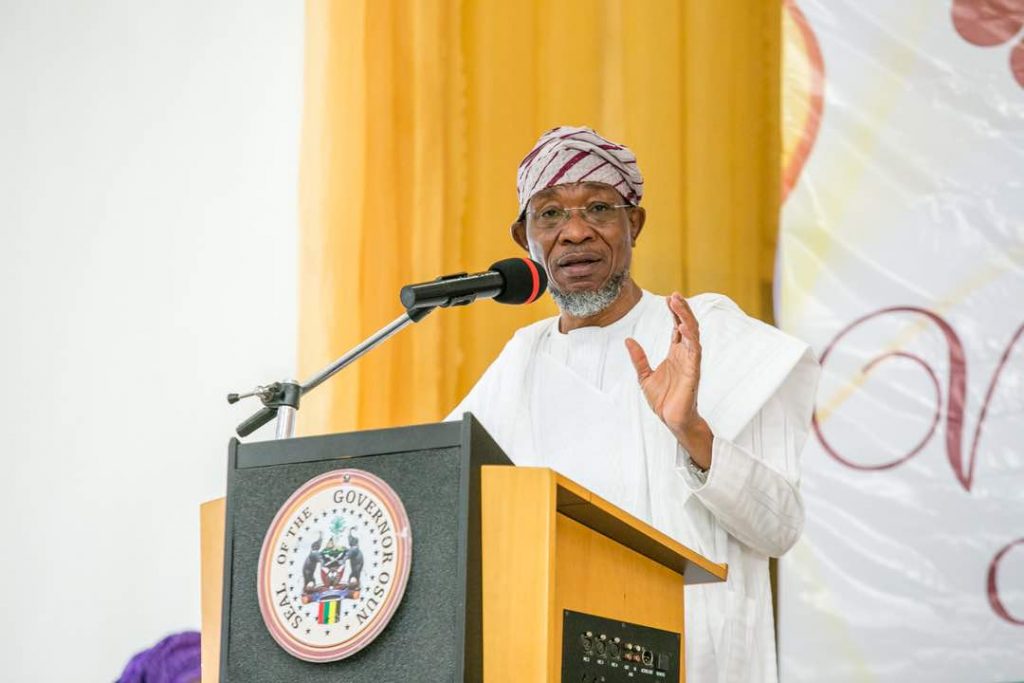 Osun pensioners have introduced pre-election vote-buying and selling into the Nigerian politics. They did it in the last Osun West Senatorial bye-election by forming IDP camp to protest against Rauf Aregbesola few days to that election. They did it during his mother’s burial again. They are now notorious for pre-election vote-buying in the name of unpaid pension arrears that cut across the 36 states in Nigeria.  This is dangerous because pension arrears cut across the 36 states.

It is an irony for the concerned pensioners who claimed not to have been paid, but could afford an expensive newspaper advertorials that they are suffering under Governor Aregbesola. What a cheap blackmail? They have sold their conscience to the opposition and involved in pre-election vote-selling and buying in the run to Osun 2018 governorship race by taking advertorial titled, ‘THE UNABATED SUFFERINGS OF OSUN STATE PENSIONERS UNDER AREGBESOLA’. The advertorial on page 9 of the Nigerian Tribune Newspaper of 16th July 2018 and protests are clear manifestations of pre-election vote-selling and buying by a section of Osun pensioners for 2018 election.  It is on record that a section of the pensioners is sponsored to take expensive advertorials in the name of pensioners during election period since the opposition has lost credibility in Osun. They are now the mouthpiece of the opposition in Osun. The people of the state should watch out for more blackmail advertorials that are coming to support opposition. With an advertorial, Osun pensioners are making political statements that portray them as rookies of partisan interests, as it goes beyond the demand for the payment of pensioners, but an outright political demand to squeeze and stifle the government to make it easy prey for the opposition in the 2018 governorship election, which is the real motive of the leadership of the pensioners’ association.

There are concerns of widespread inducement and pre-election vote-buying in which the pensioners are involved. Sponsored pensioners pre-election protests and vote buying have turned the protesting pensioners into mischief makers by embarking on needless and stage-managed protests to portray Osun government bad and undermine efforts at resolving the issues. The government is not only committed to clearing the backlog of pension arrears, but also instituting a new regime where retirees’ entitlements are not delayed. The protest was an orchestration by disgruntled elements and their political allies designed to undermine the effort of the government to resolve the pension issue. The sponsored pensioners were protesting under the guise of agitating for pension payment, disrupt law and order, particularly when there is sufficient evidence showing that they are being sponsored by anti-development agents and mischievous members of the opposition, who have refused to accept the verdict of the people.

The Pensioners hit the streets of Osogbo on Tuesday to stage a fresh protest and started the blackmail and campaign of calumny against Governor Aregbesola. They said the state government owed them 18 months’ pensions because of the modulated payment policy since 2015, adding that many of them who retired since 2011 had not been paid their gratuities.

The leader of the Forum of 2011/2012 Retirees, Alhaji Yemi Lawal, said no fewer than 2,500 retirees had died as of March 2018, saying the majority of the deceased died due to starvation and frustration. He made several political statements that the governor is using the money to construct roads and build schools even where there are no pupils. “A kilometre of road is constructed with average of N600m in most states in the country but in Osun it is N1.2bn and this is why there is focus on road construction. Our people are dying on a daily basis and that is why we are out to protest again. The governor was paid a bailout of N35bn, Paris club repayment and budget support of N14bn but he still owes us. This agitation will continue until we are paid”.

Apart from their penchant for raising false alarms, the leaders of the pensioners are known for making threats before major elections. In most cases, these alarms and allegations about bailout funds have turned out to be false. The pensioners have deliberately resorted to cheap propaganda, mischief and blackmail to cause division in Osun. Involvement and participation of these older persons in the present politics against the government reflect the extent to which they are alienated from Osun society.

However, they suffered complete defeat because they have allowed the opposition party to use them against the good people of Osun. The pensioners group who took advertorial has been bought over by the opposition to promote their selfish interests during Osun 2018 election.

Their incessant political protests are unbecoming of retired civil servants who ought to be placed and respected as senior citizens. We know the set of pensioners that are protesting, it is not the entire pensioners of the state. The pensioners are being used by political blackmailers.

Instead of engaging in dialogue with the government on issues bothering their minds on how their benefits would be paid, they resorted to a militant approach that is known to be orchestrated by the opposition in the state, engaging in telling lies and character assassination that are capable of destabilizing the peace of the state. The pensioners group is made up of a fraction of those who retired from service in 2012 to avoid being part of the Contributory Pension Scheme. They are the pensioners being used for protests by political blackmailers. It is not the entire pensioners of the state that are involved.

It is disturbing and unfortunate that the acclaimed retirees have chosen to be blackmailing the government and persistently constituting nuisance on the streets of Osogbo to the detriment of the peace-loving citizens through sponsored protests on the payment of gratuity and not pension. These senior citizens have been hoodwinked by the antics of those who want to play on their minds and emotions to make them appear like tools in the hands of desperate political gladiators.

Rauf Aregbesola’s administration in Osun has been widely acknowledged a second to none in the country just as the Elementary School Feeding and Health Programme has won several local and international recognitions and awards. A strong foundation has been laid in the educational sector on which we will further build upon.