The Osun Civil Societies Coalition has expressed concerns over the continued violation of human rights by the various security agencies in the country. The group said though, it was not a new trend but the increasing rate of human rights abuse as reported by both national and international organizations makes it disturbing. This was contained…”
Yusuf
featured hero Osun 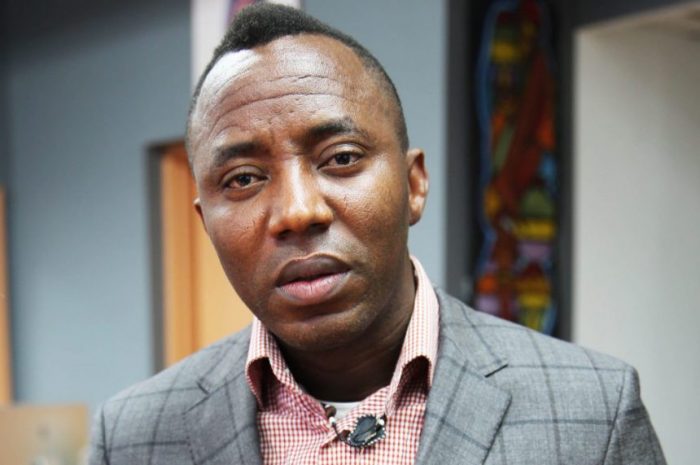 The Osun Civil Societies Coalition has expressed concerns over the continued violation of human rights by the various security agencies in the country.

The group said though, it was not a new trend but the increasing rate of human rights abuse as reported by both national and international organizations makes it disturbing.

This was contained in a statement signed by the chairman of the coalition, Com Waheed Lawal and distributed to newsmen on Tuesday.

Lawal stated that human right abuses among the security agencies had subjected the country to ridicule among comity of nations.

He said, “As the world celebrates Human Rights Day today, December 10, 2019, Osun Civil Societies Coalition (OCSC) uses the occasion to appraise respect for and abuse of human rights in Nigeria and Osun state. We have observed with keen interest cases of human rights abuses and total disregard to rule of law with impunity by Nigeria’s security agencies.

“We cannot shy away from the fact that Nigeria has been subjected to ridicule among the comity of nations because of the excessive disrespect to the dignity and fundamental freedoms of the citizens by security agents.

“While we know as a fact that human right abuse has been with us from time immemorial, it is however, disturbing that case of human rights violation is increasing in Nigeria as reported by both national and international organizations.”

Lawal who also decried the action of the State Security Service on Sowore, described it as a desecration on the judiciary arm of government.

He stated that the SSS officers were overzealous and conducted themselves in an uncivilized manner in their bid to arrest Sowore.

Lawal said the SSS should be warned against arbitrariness and frivolity on Sowore’s case, adding that the law must be allowed to take it full course on the matter.

He said, “We are also worried that Nigeria judiciary is being desecrated, as security agents have seized to accord the temple of justice its maximum respect. We will like to react to the infamous conduct of officers of the State Security Service at a Federal High Court in Abuja last Friday while trying to re-arrest Mr Omoyele Sowore, the publisher of Sahara Reporter and Presidential Candidate of the African Action Congress in the last presidential election.

“From available facts and short videos watched, the SSS officers were overzealous and conducted themselves in an uncivilized manner in their bid to arrest Sowore. There is nothing more embarrassing to a nation than seeing an institution (a security institution for that matter) flagrantly disrespecting the judiciary and poking it in the eye.

“The SSS’s reasons for the re-arrest of Sowore and the attempt to exonerate its officers from the barbaric drama that played out during the course of the arrest are laughable, cheap and demeaning. The SSS would have made the arrest in a civilized and professional way, instead of bringing disrepute on Nigeria.

“While we are not in support of any act capable of truncating national peace and security, it will be offensive to our ideological discipline, conscience and humanity to look away from a clear misconduct and disgraceful manner of the SSS at the court on Friday. We equally detest and condemn any act of brigandage, human right abuse and desecration of our temple of justice by security agencies.

“The conduct of the SSS on Sowore’s matter is inimical to social justice and capable of breeding anarchy. Sowore is an accused person that has been arraigned in court; the SSS should allow the court to dispense justice accordingly. We must also warn the SSS against arbitrariness and frivolity on Sowore’s case. We are worried by the re-arrest of Sowore because it sent signal of total disregard to judiciary, fundamental human rights and Nigeria’s integrity.

“Sowore is an accused person, not a convict and he is presumed innocent until proven guilty in a court of law. He should not be subjected to inhuman treatment; even prisoners have right to dignity in the correctional centre.

“The SSS should stop disparaging the judiciary in the guise of protecting national security, they must have regards for human rights and be civil in their conduct. We cannot have a democratic system in place and be treated like we are in the military regime.”