‘From Osun To Abuja: Investing In Social Infrastructure In A Recession’, Excerpts From A Paper Delivered By Dr Charles Akinola

The Poverty, Vulnerability and Development Challenge: The Justification for Social Welfare and Protection Programmes . In the context of rapid globalization, economic growth is becoming increasingly uneven and often contributes to inequality. Without significant direct government investment in social policy, the benefits of economic growth do not “trickle down” as expected to bring about human…”
Editor
featured 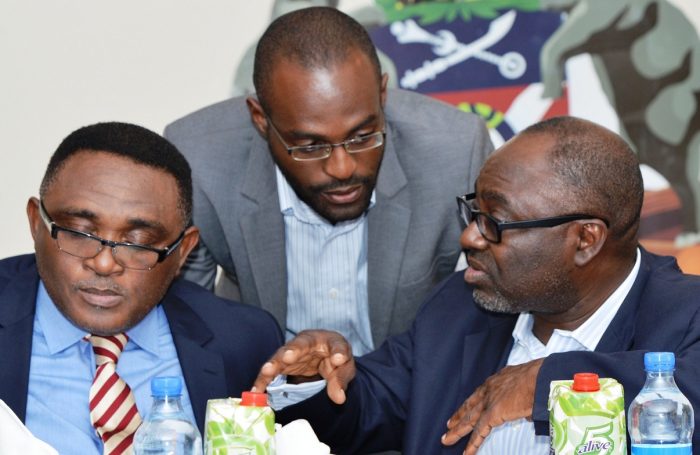 The Poverty, Vulnerability and Development Challenge: The Justification for Social Welfare and Protection Programmes .

In the context of rapid globalization, economic growth is becoming increasingly uneven and often contributes to inequality. Without significant direct government investment in social policy, the benefits of economic growth do not “trickle down” as expected to bring about human development.

Consequently, due to a number of intersecting factors, poor and socially excluded groups find it increasingly difficult to escape the chronic poverty trap and even put large numbers of people who live just above the poverty line at the risk of sliding into poverty if care is not taken. (Chronic Poverty Report 2008-09). On the account of all these, the poor and vulnerable suffer therefore deprivations such as malnutrition, high mortality, poor housing and sanitation and other debilitating conditions.

Despite projected improvements in poverty reduction and inequality in Nigeria, high rates are persistent and even increasing especially now that government revenues are falling due to the collapse of international oil prices. Inflation is also on the upward trend rising from 12.8 per cent year- on- year in March, 2016 to 13.7 percent in April, 2016 and by June 2016 had reached 16.5 per cent being the highest since October 2005.  The economic downturn in Nigeria have further exacerbated vulnerability while informal coping strategies are under stress. The programmes to address poverty have oftentimes been limited both in terms of scope and impact. The factors that have contributed to this include among others:

Youth unemployment has reached a frightening stage where by the second quarter of 2016, 49.5% of youth labour force population was unemployed or underemployed and the associated social and political risks in this regard are most ramifying indeed.  In the face of these deprivations, a lot of people are still without any social protection coverage just as this has highlighted the importance of social protection in preventing, managing, and overcoming situations that adversely affect people’s well-being.

In view of the pervasive gender inequality in terms of access to rights, resources and opportunities, the situation of women and children becomes more vulnerable. This is the reason why many programmes and projects interventions are being undertaken today by governments and development partners in Nigeria targeting women and children in particular.

There is increasing recognition that chronic poverty results from the cumulative impact of discrimination, risk, vulnerability and exclusion across individual’s life-cycle and between generations. The multiple factors contributing to vulnerability across the life cycle are not only related to age (children, young people, older people) and life stage (adolescent men, widows) but also important social and cultural factors such as ethnicity, gender, disability and religion as they intersect with age and life-stages. Gender is a critical social factor that may contribute to people’s vulnerability, because of the perpetuation of patriarchal values in many societies.

In many African societies, social exclusion is usually seen as a direct consequence of poverty, and they can both be linked to discrimination based on race, ethnicity and gender inequality, unbalanced rural/urban development, unequal distribution of assets or unequal access to services. Persistent conflicts and instability, often resulting from long-term exclusion may therefore impede poverty reduction efforts if the factors are not carefully analysed and addressed effectively.

Vulnerability refers to exposure to contingencies and stress, and difficulty in coping with them. Many factors contribute to vulnerability. They include rapid population growth, poverty and hunger, poor health, low levels of education, gender inequality, fragile and hazardous location, and lack of access to resources and services etc. Vulnerability and poverty are typically interlinked and complex with no solution valid in all situations and or locations.

From the early 2014 when oil was still selling above $70, state governments started noticing a dwindling in their monthly allocation from the Federation Account but since the lowest recipient was still earning close to N3 billion, the situation didn’t look particularly alarming. It was just a slight glitch that would soon return to normal. Before then, in 2012, the government had won the fuel price increase war with the civil society, which put more money in the pockets of the state and an upsurge in the price of crude oil, raising it above the $100 bar, saw the Federation Account Allocation Committee (FAAC) meeting disbursing revenue in excess of N1 trillion in some months.

By the middle and towards the end of the same year, allocation has dropped sharply and many states became distressed by not being able to fulfil their salary and other obligations. By the time the presidential election of March 28, 2015, was conducted, many states, and by the admission of President Buhari, after he was sworn in, (29 states) could no longer pay salaries to their active workers or pensions to their passive workers.

Osun was caught in this tempest. However, through ardent financial engineering, the state government has been able to ride the storm and provide social welfare and protection to the most vulnerable segments.

The Ogbeni Rauf Aregbesola government has robustly designed and is implementing innovative social welfare and protection programmes, spread across the different Ministries, Departments and Agencies (MDAs) and sectors, targeting some of the neediest sectors of the population including women, children and the elderly. The programmes include but are not limited to the following:

These programmes are run to address some of the evidence based vulnerabilities that are manifesting in the lives of the people.

Looking at the Social Welfare and Protection in Osun: In the  Beginning.

In its narrowest sense, social welfare includes those functions of society, public or voluntary, which are clearly aimed at alleviating distress and poverty or at ameliorating the conditions of the casualties of society

Social protection has also been defined as the “set of public and private policies and programmes aimed at preventing, reducing and eliminating economic and social vulnerabilities to poverty and deprivation.” (UNICEF Social Protection Strategic Framework 2012).

Social investment however is about investing in people. It is about policies and programmes designed to strengthen people’s skills and capacities and support them to participate fully in employment and social life. In this regard, key policy areas could include education, quality childcare, healthcare, training, job-search assistance and rehabilitation.

As far back as 2004, before the emergence of Ogbeni Aregbesola as the governorship candidate of the Action Congress (AC), his advisory team had produced a green book titled ‘My pact with the people’. This pamphlet contains the Six Point Integral Action Plan that formed the philosophy of his administration. The six points are:

A detailed look at the Six Integral Action Plan would reveal that they are inherently social welfare and protection focussed in nature.

They are reminiscent of the Action Group (AG)’s welfarist government in the old Western Region and its ‘Freedom for all, life more abundant’ slogan.