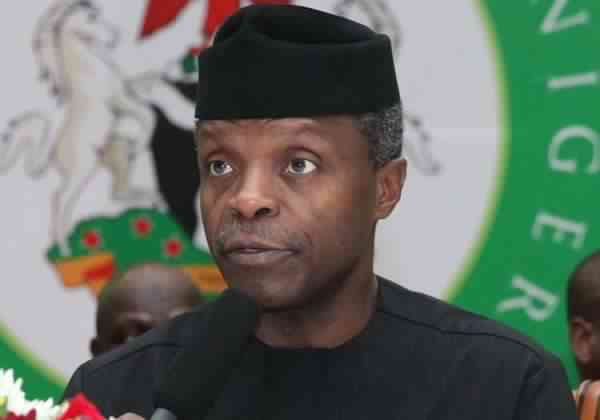 Nigeria’s Vice President, Professor Yemi Osinbajo, inaugurated the National Council on Micro, Small and Medium Enterprises, MSMEs, on Wednesday with a charge to provide strategies that will grow small businesses in Nigeria.

The National Council on MSMEs was initiated in line with the dictates of the National Policy on Micro, Small and Medium Enterprises on September 4, 2014 as the highest coordination policy making body in the MSMEs sub-sector.

The reconstitution and inauguration of the council is in line with the need to strategically reposition it to address and embrace the desires of this administration to industrialize the Nigerian economy.

Speaking at the inauguration of the 21-member body, which took place at the Vice-President’s Conference Room at the State House, Osibanjo charged the council to work to coordinate the policies of government that are geared towards facilitating the growth of small business in Nigeria.

He noted that MSMEs are “the bedrock of Nigeria’s industrialization and inclusive economic development” and “the most important component of industrialization as set out in the Economic Recovery and Growth Plan” of the President Muhammadu Buhari administration as stated in the National Enterprise Development Programme, NADEP.

Making reference to a 2013 survey by the Small and Medium Enterprises Development Agency, SMEDAN, and the National Bureau of Statistics, NBS, which reported that there are 37 million MSMEs in Nigeria, Osinbajo said government could, through its support for MSMEs create 37 million extra jobs in Nigeria.

He said about 59.7 million people are employed in MSMEs in Nigeria, which also contributes 48.47% to the GDP and 7.27% to exports.

Osinbajo said: “With NADEP, we are making MSMES a central part of our National Growth and Development Policy. This is a new model for national enterprise development and will reach everyone of the 774 local governments in Nigeria.”

According to the Vice-President, government has identified and is supporting at least one product in each of the local governments based on each local government’s area of competitive and comparative advantage.

He said government would work through NADEP to “unlock Nigeria’s MSME subsector by resolving the issues that most small businesses have to contend with,” including “access to finance, access to markets, weak business development, dearth of technical skills, lack of infrastructure and insufficient market information.”

Also speaking, the Minister of State for Industry, Trade and Investment, Aisha Abubakar, listed the responsibilities which the council is expected to meet.

Among the responsibilities are: to provide guidance and strategies to drive the development of the MSMEs sub-sector in Nigeria; to co-ordinate the roles and responsibilities of government ministries, departments and agencies as well as to promote inter-agency synergy and cooperation in MSME development.

We Are Only As Strong As The Weakest In Our World