An Open Letter To Pastor Sunday Adelaja (And Daddy Freeze)

Dear Pastor Sunday, Someone sent me one of your Youtube videos on the Nigerian church around August 2017, and your message in that video so much resonated with me that I sent it to all my friends in ministry. I even challenged them to add their voice to yours so that we can amplify what…”
Editor
Op-Ed 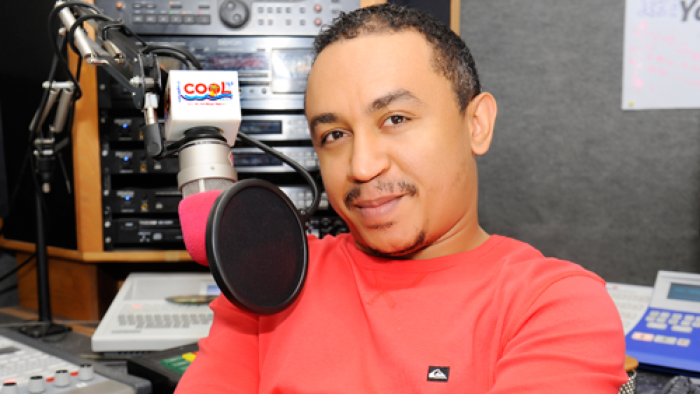 Someone sent me one of your Youtube videos on the Nigerian church around August 2017, and your message in that video so much resonated with me that I sent it to all my friends in ministry. I even challenged them to add their voice to yours so that we can amplify what you are saying and make it louder for all to hear. I watched a couple of subsequent ones you made and I was saying, “Amen” loud and clear, “This is what we need.”

I am one of the people who have also been perplexed by the practices in the Nigerian Christian church especially the Charismatic/Pentecostal ones; and I’ve written on this in my blog (pastortunji.blogspot.com) a few times. So when I started hearing a stronger and respected voice like yours saying the same thing, I felt the time has finally come that God wanted to rescue His church.

But then, you went ballistic in your videos and you started lambasting and calling names men and women we revere and hold in high esteem even if we don’t totally agree with everything they are saying and doing. And that is when you lost me, and so many others. Pastor Sunday, I still love your principle—the premise on which your messages are based, but your method has become crude, cruel and devoid of Christian humility and respect.

In fact, it was strongly impressed on my heart to write this letter as I was meditating on a passage in Ephesians chapter 4 written by Paul, the apostle: Therefore I, the prisoner of the Lord, implore you to walk in a manner worthy of the calling with which you have been called, with all humility and gentleness, with patience, showing tolerance for one another in love, being diligent to preserve the unity of the Spirit in the bond of peace (Eph. 4:1-3) Pastor Sunday, I still hold you in high esteem. I read one of your books several years ago titled, Knowing God, and it positively changed the way I do ministry. I read of how you would go on a retreat toward the end of each month to seek the Lord for the new month, and I started practising the same principle, and oh, how it bless my life and ministry. The record you set in Ukraine is still there for everyone to see. How a black man went to a white man’s country, and established a predominantly white church which became the largest in the whole of Europe is still a wonder in transcultural missions. You have become a phenomenon in missions studies. You are a pride to so many of us that shared the same heritage with you.

But sir, looking at some of your utterances and demeanour including those of the brothers and sisters that anchor some of your sessions, they are totally against Christian etiquette and scriptural injunctions in every ramification. You are doing more damage to the course of Christ than you could ever imagine. The Christian virtue of respect, honouring one another, and humility have been thrown to the dogs in your videos. I strongly believe that by virtue of the privileged position God has given you in the body of Christ, it would not be an arduous task for you to secure appointment and sit with some of these men of God for a robust discussion on some of the issues you are talking about rather than the approach you are taking.

Rick Warren said in his bestselling book, The Purpose Driven Life, that we could still walk hand in hand even though we don’t see eye to eye on every doctrine. That we disagree does not mean that we should draw daggers at each other. Everyone you are talking against in your teaching is doing things the way they have come to understand them. That is their level of understanding. Of course there would be some that do not belong to God at all. But when you begin to attack the Adeboyes, the Kumuyis, the Oyedepos and the other men of God that kept us in the faith till our eyes of understanding began to open, you are doing more damage to the course of Christ.

Saul, who later became Paul, was a major persecutor of Christians at the beginning of the Church age. But he did it with sincerity even though ignorantly, and that was why he received forgiveness. What if these men of God you are attacking are sincere in their teachings and understanding of the Bible, and yet you are flaying them before the whole world like this!

If you think God has raised you up for a time like this, know that we all know in part, and prophesy in part (1 Cor. 13:9). No one is perfect in their teachings and understanding on this side of eternity. I close with this phrase from my Theology professor in the Seminary as his counsel to us whenever we were engaged in heated argument and discussion in class: “Confident humility.” He said, “Yes, be confident about what you believed, but leave room for the possibility of being wrong, and so be humble.”

Let these “shows” stop. It’s fast becoming a nuisance. For the love of Christ and His Church,