Olumilua Speak On His Confidence In Developing Ekiti State 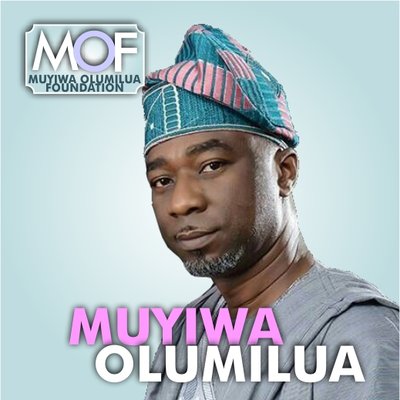 Firstly, as an Ekiti man, I have keenly watched the economy, the social and political scenarios in the state, and I discovered that things are not as rosy as they should be. Secondly, as a bonafide politician and member of the All Progressives Congress (APC), Ekiti State Chapter, I need to contribute my quota to the development of the state, most especially in the areas where the state is lagging behind. In terms of infrastructure, good roads, equipped hospitals, tourism, qualitative education, etc, I believe I have what it takes to resuscitate the economy of the state. To take the educational level of our children to the highest echelon, and also to put food on the tables of our people. With the inborn passion in me and the cooperation of the Ekiti people, I believe things will get better.

What do you intend to do differently, it elected in next year election?

Being an observer gives you the advantage of seeing things from a clearer perspective without the burden of bias. When you are on the hot seat, you tend to overlook some things that are crystal clear to someone looking critically, without the pressure of the occupier of the seat. I have keenly observed the governments of some truly great men; Governor Niyi Adebayo, Governor Ayo Fayose, Governor Segun Oni and Governor Kayode Fayemi, who happened to be my boss at that time. I have a compilation of their giant strides, their successes, and where people believed they could have done better. As an experienced politician who knows the how the party should be run, party supremacy will be the hallmark of our administration. Presently, this does not exist. Hence, it is the party that gives birth to Governors, Governors are supposed to be answerable to their parties. This will surely be corrected by our administration to achieve the desired result, and make government closer to the grassroots.

How would you describe politics in Nigeria when your father was governor and now that you are an aspirant?

When my father was a governor and now that I am an aspirant, things are miles apart. Money has always been a factor in politics, but the use of money in determining candidates these days is totally obscene. Unfortunately, everybody is to blame for this; the leaders, my fellow politicians and the followers. It is really heart breaking. It has robbed the process of the ability to select deserving, good quality, well meaning aspirants.

Now, it is a game of how much money you can afford to spend on elections. Thus making it possible for charlatans, mediocre and criminals to throw their hats into the ring, and actually, win elections. It is most unfortunate, but I believe that it is never too late to retrace our steps. There has to be a reversal of this trend, or this country will be lost completely.

What is your advice to other aspirants and the people of Ekiti State?

I will advise other aspirants to do a soul search, and see if they truly have what it takes to rescue Ekiti State from the precipe we are dangling from. We need serious-minded people in government, not clowns.

Governance is serious business and should be left to serious-minded people. It involves the lives and well being of millions of people. It should not be joked with.

The good people of Ekiti State should learn to discern between aspirants who mean well, and who have the capacity to actualize the “EKITI DREAM”, and those who are just along for the ride. They should not let cheap money and gifts of food sway their judgment.

As a youth, what plans do you have for Ekiti youths when you become governor?

Development and empowerment of the youth is at the core of the Dream Big Ekiti Agenda.

The need for youth empowerment is crucial to the future of Ekiti State. Our planned programme of action will improve their access to resources that will enhance their knowledge, skills and attitude.

The gains from these development and empowerment programs will result in financial literacy, citizen responsibility and duties, skill acquisition, as well as education, to propel the Ekiti youth to their rightful place as next generation leaders. Our planned line of action also includes making capital available to youths that have business ideas that are bankable.

It is insufficient to teach them skills without giving them the necessary support to bring the acquired skills to the point where they will solve the problem of crushing poverty within the state, and amongst the youths especially.

When you become governor, what becomes of the LCDA’s created by the Kayode Fayemi’s Administration?

We will by the grace of Almighty God, revisit the LCDA issue when we get to government, just like it is being operated in Lagos State.

The reason the present administration of Governor Ayodele Fayose jettisoned the LCDA is not far fetched, it is because he does not belong to our political party.

The LCDA’s in Lagos State have been enjoying patronage by successive governments because the same political party that created them has been occupying the Governorship seat. We will sustain them, and make a success of the objective of their creation.