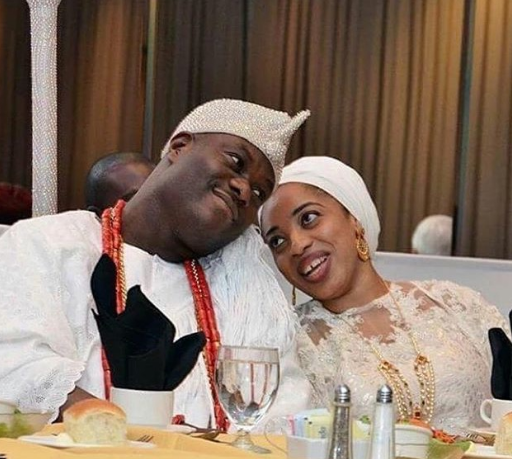 Olori Wuraola Ogunwusi has dismissed rumours making the rounds that her marriage has crashed.

The queen said the news was an attempt to defame her character as her marriage is still intact with Oba Adeyeye Ogunwusi.

The Ooni of Ife, had earlier debunked the allegation, stating that his marriage is still intact and full of joy.

But according to his wife, investigations are being carried out to apprehend those behind the allegations.

This was contained in a statement issued by Abraham Adedeji, Olori Wuraola’s Press Secretary on Tuesday.

The statement reads: “It has come to the attention of our office – the slanderous rumors and sensationalist distortions about Her Majesty, Olori Wuraola Ogunwusi through unnamed and unseen sources.

“The sources are also citing deplorable claims involving Her Majesty, Wuraola and that of prominent businessmen in Nigeria, all of whom are good friends of the King and Queen & financial contributors to projects that have advanced our good work in the communities of Ife and Nigeria as a whole.

“We are deeply disturbed by these rumors and there is absolutely no truth to these absurd claims of infidelity and we vehemently deny them.

“Due to the nature of the allegations and the attempt to defame the character of the Queen and embarrass well respected friends of our Palace, we have immediately employed legal counsel to investigate their origin to take necessary action against the perpetrators.

“Please be advised, that in this digital age, digital footprints can lead to your identification. We stand firmly together, in our commitment to our peace and the truth.”