Obokun festival is one of the traditional festivals being celebrated among the Yoruba people, but peculiar to the people of Ibokun, the headquater of Obokun Local Government Council Area of the State of Osun. It is widely believed among the people of the ancient town that the celebration was in remembrance of its founding father,…”
Editor
News Osun TOURISM 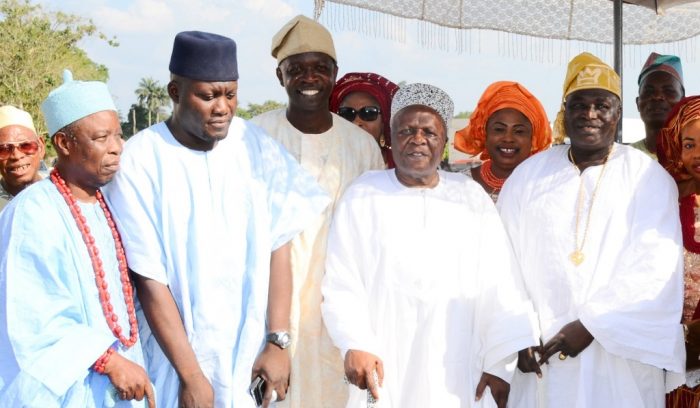 Obokun festival is one of the traditional festivals being celebrated among the Yoruba people, but peculiar to the people of Ibokun, the headquater of Obokun Local Government Council Area of the State of Osun.

It is widely believed among the people of the ancient town that the celebration was in remembrance of its founding father, “Obokun” a brave warrior and a hero having fought a war and liberated the town from external forces. The festive period was also considered a period of appeasement to the goddess.

The 2017 edition of the traditional festival, celebrated recently was not an exception, as it was celebrated in grand style with several tourists in attendance.

According to the Owa Obokun of Ibokun, Oba Festus Awogboro, the celebration had been in existed upon the death of Obokun who was believed to have fought for the survival of the ancient town in his honour.

He urged   government to encourage and support the Obokun festival and other cultural festival in the state, adding that they are sources of revenue generation for government.

Speaking at the celebration, Member of Osun House of Assembly, representing Obokun State Constituency, Olatunbosun Oyintiloye, called on government at all levels to invest in tourism and culture to boost economy and job creation.

Oyintiloye said such investment and promotion of local cultural festival and tourism potentials would go a long way in developing the economy.

The lawmaker noted that if proper attention is paid to tourism and culture, it would not only serve as alternative source of income for the government, but also reinforce the fight against social vices.

Oyintiloye, who is the House Committee Chairman on Information and Strategy, said government’s investment on tourism and culture would catalyse job creation such as tour guide, horticulture, food services, entertainment industry, craft and Arts productions, waste recycling, among others.

“It is now prerogative government and Nigerians tap into advantage of these opportunities in the tourism sector”, the lawmaker said.

Oyintiloye who described   ‘Ibokun festival’ as a unique one, called on the state government to focus attention on it to serve as a source of revenue for the state.

The lawmaker, who noted that Obokun cultural value and tourism potentials were enormous, called all stakeholders including sons and daughters of Ibokun at home and in diaspora to contribute their quota towards its development.

He, then, commended the state government for developing tourism master plan, which he said had a robust and global outlook.

In her remarks, the Special Adviser to Gov. Rauf Aregbesola on Tourism, Mrs Taiwo Oluga said, the state government is making frantic efforts to make the festival a national and international one.”

Oluga said that government is passionate about sustainable tourism development towards job and wealth creation.