Obasanjo Likens Himself, Atiku To Jesus

Nigeria’s former President, Olusegun Obasanjo has likened himself to Jesus claiming that Jesus Christ, when he came in human flesh was not perfect, just as the PDP Presidential candidate, Atiku Abubakar is not perfect. Obasanjo likened Atiku to Jesus Christ to portray human’s imperfectness. But the Bible countered Obasanjo’s claim when it said in Hebrew…”
Editor
News 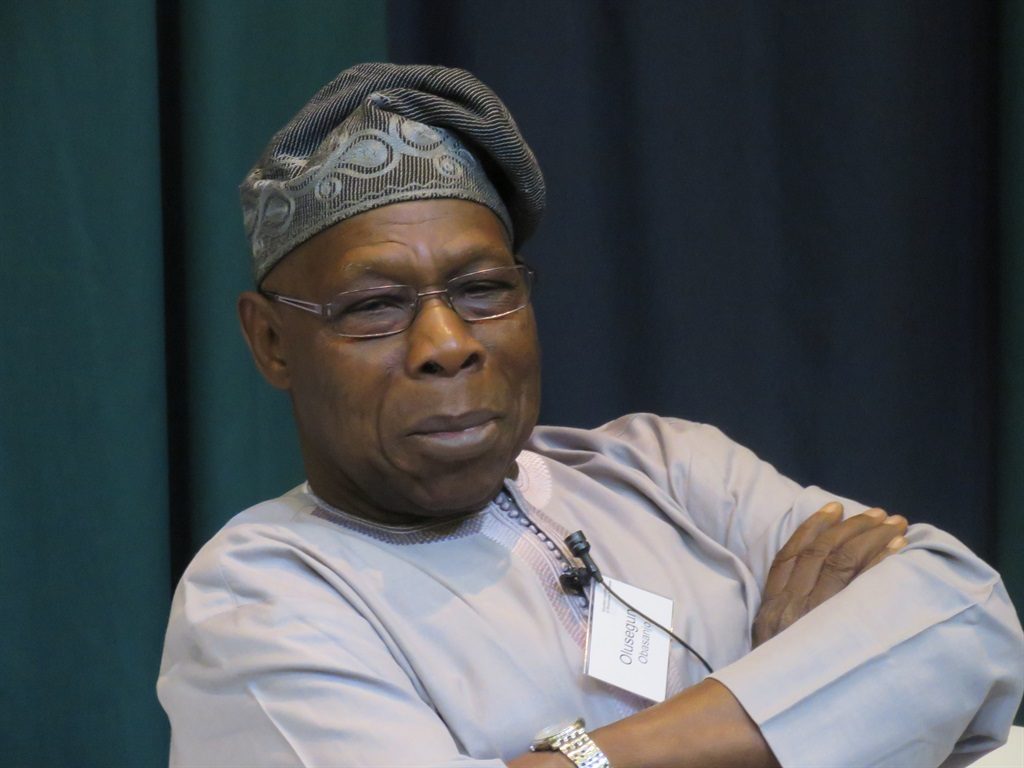 Nigeria’s former President, Olusegun Obasanjo has likened himself to Jesus claiming that Jesus Christ, when he came in human flesh was not perfect, just as the PDP Presidential candidate, Atiku Abubakar is not perfect.

Obasanjo likened Atiku to Jesus Christ to portray human’s imperfectness. But the Bible countered Obasanjo’s claim when it said in Hebrew 7:26 that “For such an high priest (Jesus) became us, who is holy, harmless, undefiled, separate from sinners, and made higher than the heavens.”

Obasanjo, who spoke at the 2019 Island Club Quarterly Business Lecture in Lagos said he could vouch for the presidential candidate of the Peoples Democratic Party (PDP) to reposition the country.

Obasanjo, in his remark said he believed that Atiku had the experience, the capacity and passion to move the country forward.

He said Nigerians should no longer find his support for the former vice president strange going by what he said or wrote about him in the past.

He reiterated that he stood firmly by whatever he said in the past about Atiku and indeed President Buhari.

He, however, said the PDP candidate had demonstrated what was expected of a committed and sincere leader by owing up to his past mistakes and showing remorse.

He said that Atiku was not infallible like every other human being and that he, (Obasanjo) would be playing God by not forgiving the former Vice-President.

“I have been called names because of my position on Atiku Abubakar, the Waziri Adamawa.

“Everything I have said as far as I have knowledge of Atiku, I have not retracted and I stand firmly by them because they are to the best of my knowledge true.

“And neither has what I have said and written about Buhari been controverted, if anything, they have been confirmed and proved beyond any shadow of doubt.

“But Atiku has done things which are absolutely imperative for a leader to be followed and believed.

“First, know who you are and present yourself as you are – a human being in blood and flesh and susceptible to human mistakes and human frailties.

“Don’t cover up with sanctimonious veneer of bogus integrity, incorruptibility, uprightness, goodness and false figures and statistics, all of which are contrived to deceive, to cheat, to plunder and to destroy.

“Atiku never claimed to be a saint and I never described him as such. I will never so describe any human being alive let alone calling him a Messiah.

“On an occasion in the past when I said that someone was not a Messiah, some Nigerians out of bad “belle’’ were up in arms.

“Secondly, a leader must be honest to himself and to the people he serves or he wants to serve.

“He must identify and acknowledge his situation, mistakes, shortcomings and inadequacy; show remorse where and when he has erred, seek forgiveness and repent; and not passing the bulk or keep blaming others and fail to accept responsibility.

“Atiku accepts responsibility for his mistakes, shows remorse and seeks forgiveness from his political party and subsequently from Nigerians.

“He asks for forgiveness from me and as a believer, a Christian as such, I forgave him in accordance with the teaching and instruction of my Saviour.

“For, if you forgive men when they sin against you, your heavenly father will also forgive you.

“But if you do not forgive men their sins, your father will not forgive your sins (Matt 6:14-15 NIV).

“If anybody blames me for forgiving Atiku, I leave such a person with God Almighty, especially as both Christian and Islamic clerics joined Atiku to visit me to seek forgiveness.

“Anybody who does not forgive when forgiveness is sought with contrite heart cannot be a true believer and should not expect the forgiveness of God,” he said.

He said past disagreements notwithstanding, Atiku demonstrated great leadership qualities when he was in office as Vice-President.

Obasanjo said he believed with the experience and courage of Abubakar, he remained the best candidate to move the country forward.

“I must reiterate that Atiku is not a saint. Who is? But from what I know of Atiku, he will be a performer in all respect. I can say that again from my personal experience.

“He knows the problems and he handled some of them in the past.

“We now know that both Buhari and Atiku have issues and all of us as human beings have one issue or the other in different magnitudes.

“But judging both of them empirically and for the task at hand, Atiku will perform much better than Buhari.

“And he will seek for good and able people around the country and beyond and make use of them to achieve his mission and vision for the general good of Nigerians and the country,” he said.

Obasanjo claimed that the state of affairs under All Progressives Congress (APC) had been disappointing and called on the citizens to effect a change with their votes.

He also commended Island Club for providing the platform for leaders to articulate their visions for the country through the lecture.

He said the series of the Club’s lecture had helped enriched discourse on nation-building.