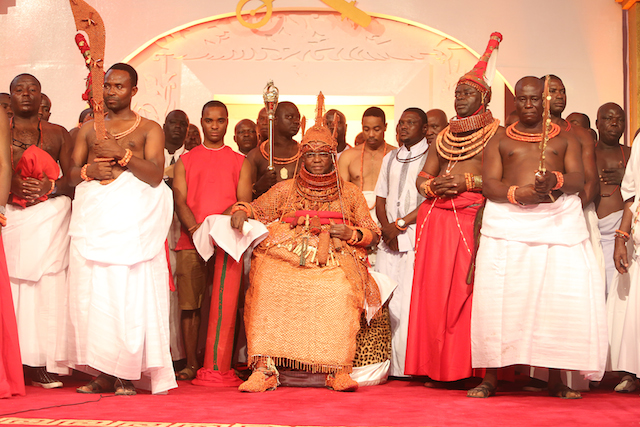 Meanwhile, on Thursday, the German Minister of State for Culture, Prof Monika Grutters, said the way the German government was dealing with the issue of Benin artefacts was important in addressing its colonial past.
She gave an assurance that 1,130 artefacts would be repatriated to Nigeria from the beginning of 2022, noting that Germany had twice sent delegations to Nigeria for talks over the planned repatriation.
She said such a move indicated that both sides had moved beyond mere talks, saying all the museums in Germany stockpiling Benin Bronzes had agreed to cooperate.
The meeting in Berlin was attended by Grutters, German Foreign Minister, Mr Heiko Maas, while the Nigerian delegation included the Minister of Information and Culture, Lai Mohammed, and Obaseki. The Benin Royal Palace was represented by the Crown Prince of Benin Kingdom, Prince Ezelekhae Ewuare.
Mohammed proposed a one-year time limit for the full return of its artefacts from Germany.
The minister, according to a statement by his Special Assistant on Media, Segun Adeyemi, said the agreement for the repatriation of the Benin Bronzes from Germany must be signed by December 2021.
“For us, the most important issue in the roadmap is the signing of the agreement and the date of return. We won’t move forward if we don’t have a clear date on signing and return,” Mohammed told participants at the meeting. “Full return should be completed in a year’s time, not beyond August 2022,” he added.
The Secretary of State in the German President’s Office, Stephen Steinlein, was quoted as saying the German President was happy with the progress made so far on the planned repatriation of the artefacts.
Obaseki told the participants that a museum was being built to make Benin City a cultural hub.
The architect handling the museum project, David Adjaye, reportedly made a presentation to the participants, during which he said the project would fuse the technology of ancient Benin Kingdom to that of the 21st century to get an organic pavilion that would boast an auditorium, storage as well as exhibition space, among other facilities.
Other members of the Nigerian delegation included the Nigerian Ambassador to Germany, Yusuf Tuggar; the Director General of the National Commission for Museums and Monuments, Prof Abba Tijani; and the Director of the Board of Legacy Restoration Trust, Phillip Ihenacho.

AGF Felicitates With Buhari On His 75th Birthday