This would not be the first time On Air Personality Freeze would speak his mind on matters concerning churches. Recall that he recently started a movement against paying of tithes in big churches like House on The Rock, whose members walked out on their pastor Paul Adefarasin after he tried to talk about the delicate…”
Editor
Entertainment News 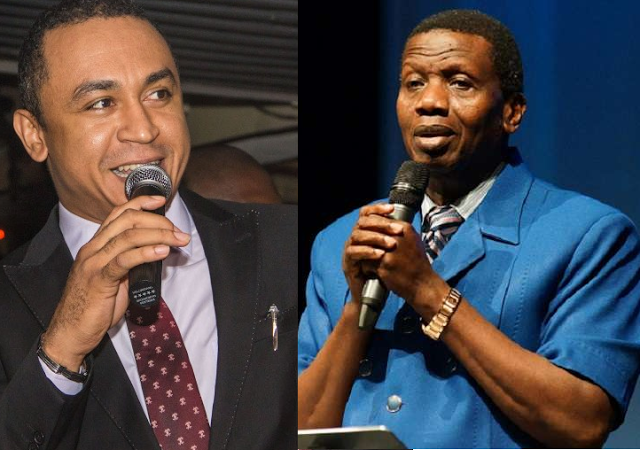 This would not be the first time On Air Personality Freeze would speak his mind on matters concerning churches. Recall that he recently started a movement against paying of tithes in big churches like House on The Rock, whose members walked out on their pastor Paul Adefarasin after he tried to talk about the delicate topic.

Up until the time of this report none of the Pastors who had replied Freeze have been able to tell exactly what part of the bible mandated Christians to pay tithe.

Moving on to the latest drama Freeze is about to create, the ‘activist’ has reacted to a video of General Overseer of the Redeem Christian Church Of God, Pastor Adeboye.

In the video Adeboye was seen requesting for 1billion Naira donations from his members.

E ku ise Oluwa!
–
Billion Naira gang ?
–
Is the special announcement only for the billionaires? Did Jesus segregate the believers according to their spending power?
–
If I may ask, where did all the billions and hundred millions go to? Did it go into building free hospitals or free schools or factories where workers can work or was it just swallowed by ‘church expenses’ or was it geared towards building more churches, something we already have much more than enough?
–
When Moses realized that there was more than enough offering to finish the temple, he instructed the Israelites to STOP bringing their offering.. Are we ever going to finish temple building, or is this a perpetual process in Nigeria?
–
I hope this billion Naira offering was shared equally among all the believers as practiced by the disciples in Acts chapter 4? ~FRZ
#FreeTheSheeple
–
? Acts 4 ? [32] All the believers were one in heart and mind. No one claimed that any of their possessions was their own, but they shared everything they had. [33] With great power the apostles continued to testify to the resurrection of the Lord Jesus. And God’s grace was so powerfully at work in them all [34] that there were no needy persons among them. For from time to time those who owned land or houses sold them, brought the money from the sales [35] and put it at the apostles’ feet, and it was distributed to anyone who had need.
–
? Exodus 36 ?
New International Version
[3] And the people continued to bring freewill offerings morning after morning. [4] So all the skilled workers who were doing all the work on the sanctuary left what they were doing [5] and said to Moses, “The people are bringing more than enough for doing the work the Lord commanded to be done.” [6] Then Moses gave an order and they sent this word throughout the camp: “No man or woman is to make anything else as an offering for the sanctuary.” And so the people were restrained from bringing more, [7] because what they already had was more than enough to do all the work.