NTA, FRCN, VON Should Be Sold, They No Longer Make Sense – Murray-Bruce 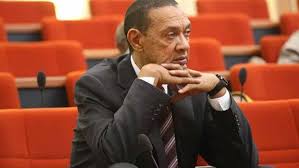 Mr. Bruce said the Nigerian Television Authority, NTA, Federal Radio Corporation of Nigeria, FRCN, and Voice of Nigeria, no longer make sense and should be sold to relieve the budget of recurrent expenditures.

The Senator said this while making his contribution to the debate on the 2018 budget which started at the Senate on Tuesday.

Mr. Murray-Bruce said the recurrent expenditure of the budget was over-bloated and should be trimmed.

“We have downgraded our economy and the reason we are downgraded is we cannot meet our revenue projection. It is understood that this is a budget of consolidation; I would rather describe it as budget of active imagination,” he said.

“If you look at the budget, you will see some agencies, they get recurrent expenditure, they pay salaries, they get houses, computers, cars but they have no money to do any work. No money to do any work, we pay salaries. Some agencies are so bloated it defies logic but these agencies exist. So, we have 2.4 million people consuming 60percent of the recurrent expenditure of Nigeria, it doesn’t make any sense.”

Mr. Bruce listed some of the agencies he wants the executive to privatise.

The lawmaker also criticised the agreement reached by Nigeria and China in the construction of rail lines in the country.

“I sent a letter to the Minister of Transport and I asked him to send us the contract he has with the Chinese. Let’s say we spend 10 billion dollars with the Chinese and they give us a loan what percentage of that money is spent in the local economy? How many Nigerians are employed? Which steel product are we producing locally?

“The United Nations projected that in February 2018, Nigeria will have more people in poverty than in India. We have a population of 180 million people, India has 1.3 billion. Then, if we are going to have more people in poverty than India, then we have to create jobs. Once we create jobs we can then export our Naira to China, to India or some other place.”

103 Nigerians Stranded In Libya Return To Lagos With 13 Infants