Governor, State of Osun, Ogbeni Rauf Aregbesola, has said Nigeria cannot develop now because its economy is built on a very weak production arrangement. Aregbesola stated that this had made Nigerians to become lazy, especially after the nation’s independence, because they now lived on rents from oil, which was discovered in commercial quantity shortly before…”
Yusuf
Economy hero Osun 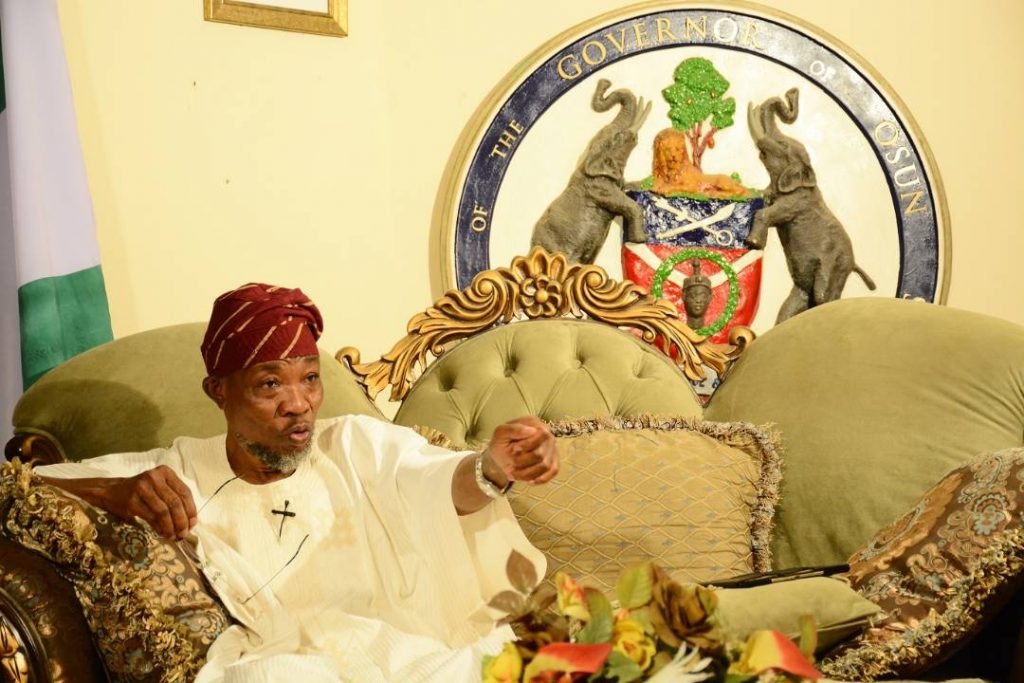 Aregbesola stated that this had made Nigerians to become lazy, especially after the nation’s independence, because they now lived on rents from oil, which was discovered in commercial quantity shortly before it became an independent state.

According to a statement made available to our correspondent in Osogbo on Tuesday by the governor’s media adviser, Mr. Sola Fasure, Aregbesola said this while featuring on a live television programme.

The governor stated that economic development would remain elusive as long as Nigerians were not productive but depended solely on easy money from oil to survive.

He said, “Our nation today is built on a very weak production arrangement. We all live on rent from oil, especially post-independence Nigeria that is run on commission from oil, whereas our nation from the colonial period before the military interregnum was run on the productivity of our people. “Until we are back to production and productivity, we will just be emotional, sentimental and rhetorical in our analysis on how to escape the worrisome situation we are in now.”

He added, “Though oil revenue will help to jump-start the process, but it can’t be the financial basis for our economic development.

“A nation that cannot produce what it consumes is doomed. Therefore, we must see productivity as panacea for our socio-economic challenges.”

He lamented the level of exploitation in the country, blaming it for some of the problems ravaging Nigeria, especially the security issues.

The governor said the exploitation was not limited to one are of life, but was obvious in the religious circle, adding that while most Nigerians were religious, they were not spiritual.

Aregbesola stated, “Exploitation defines our economic relationship in Nigeria. For instance, the Boko Haram phenomenon. The Boko Haram insurgency is absolutely economic. It is inherited by a section of our people who are in the most vibrant stage of their lives and are resisting and rebelling against an economic situation that has put them in a miserable state that they don’t even know how to escape from.