Nigeria’s Adventure and ‘One China’ Policy By Mohammed Jamu Yusuf

In January this year, the Muhammadu Buhari headed Federal Government of Nigeria made a significant diplomatic shift. The Minister of Foreign Affairs, Mr. Geoffrey Onyeama informed the world that Nigeria would no longer recognize Taiwan as a country but committed to one China policy. This was concretized in a Memorandum of Understanding the Nigerian government…”
Editor
Op-Ed Tits Bits 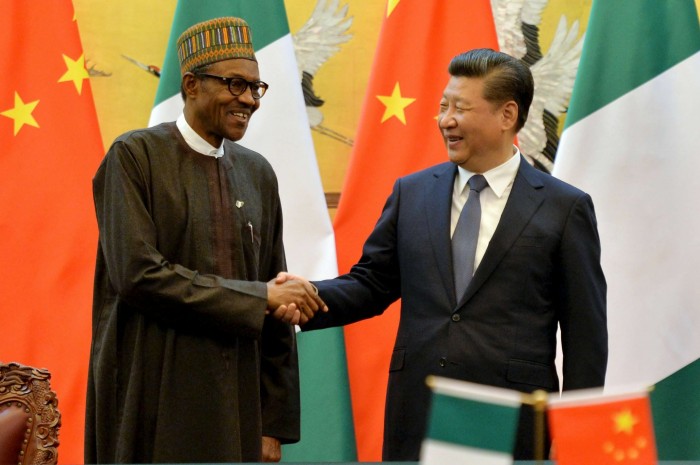 In January this year, the Muhammadu Buhari headed Federal Government of Nigeria made a significant diplomatic shift. The Minister of Foreign Affairs, Mr. Geoffrey Onyeama informed the world that Nigeria would no longer recognize Taiwan as a country but committed to one China policy. This was concretized in a Memorandum of Understanding the Nigerian government entered into with the People’s Republic of China government. This development was further prompted by the visit of the Chinese Foreign Minister, Wang Yi to Nigeria.

One China policy implies that Taiwan is absolutely part of China and that only a single nation-state called China exists in the world. Accordingly, that the government of the People’s Republic of China is the sole legal authority undertaking the government business of the country. Nigeria’s support of one China policy means a backing to engender China’s national unification.

To underpin this new diplomatic move, Onyeama made two instructive policy statements. One, that Nigeria had withdrawn all diplomatic relations with Taiwan as a country. Two, that Taiwanese office in Abuja would be shut down and be relocated to Lagos as soon as possible.
He captured the government’s new position rather succinctly during a press briefing thus: “Taiwan will stop enjoying any privileges because it is not a country that is recognized under international law.” “Chinese Government does not oppose trading with Taiwan as long as there is no formal contact with the government that will suggest recognition of Taiwan as a sovereign country.”

He said the step being taken was to right the wrong that no one could specifically say how it came. Onyeama is right. This is so because Nigerian government headed by Yakubu Gowon established diplomatic ties with China in 1971 when it severed diplomatic relations with Taiwan on account of one China policy. But twenty years later, that was in 1991 Taiwan returned to Lagos in a seemingly indiscreet fashion and established Trade and Cultural Office. The office was relocated to Abuja in 2001 and commenced operations as a quasi-embassy in 2013. How Taiwan re-established its presence in Nigeria after its diplomatic ties were disconnected remains a big puzzle to many.

The new move by the government if implemented would potentially eclipse the Taiwanese seemingly diplomatic presence in Nigeria and essentially correct the diplomatic anomalies. Not a few Nigerians have commended this diplomatic modification which they believe is consistent with Buhari’s government change mantra.

This is more so because the fresh move is supported by international law resulting in the wide-ranging recognition accorded one China policy thrust by other nations including the advanced democracies.

Similar to Buhari, Donald Trump who also rode on change mantra to emerge as the 45th United States President earlier in the year has decided to tow the same line. Shortly after assumption of office, he stated his commitment to one China policy and has accordingly taken steps to cement it through bilateral meeting planned to hold in Florida, the United States between him and the Chinese leader, Xi Jinping.

But shockingly and worryingly enough, more than two months after the agreement the federal government reached with China over the one China policy the matter has remained a mere rhetoric and evidently unmatched with action. The Taiwanese office in Abuja which the federal government directed its personnel to shut down and be relocated to Lagos is still operating at full capacity. Although the Minister of Foreign Affairs, Mr. Onyeama reacted that the government would investigate the veracity of the media report that the Taiwanese chancery still has a full presence in Abuja, the matter intrinsically questions the government’s diplomatic and political will to enforce its policy directive.

Besides, the situation has the propensity to have a far-reaching negative impact on the good bilateral relationship existing between Nigeria and China. In international affairs, a country usually defines its ties with other nations based on interests, mutual benefits, comparative advantage and other factors that favor the country. Accordingly, if China is placed side by side with Taiwan in the bilateral relationship with Nigeria, Nigeria stands to benefit more largely from China than Taiwan.

The reasons are not far-fetched. Apart from being more technologically advanced than Taiwan, China is the second largest economy in the world. It commands a big market for Nigeria’s oil exports and has demonstrated high commitment towards supporting the Buhari-led government in its infrastructural development drive. This makes it imperative for the federal government to deepen its diplomatic ties with China by implementing all the agreed provisions of one China Policy.

Given the failure of the West to pull Nigeria out of its infrastructural development challenges, the country should plausibly and strategically turn to China for a veritable bail-out. Nigeria should not allow Taiwan’s obstinacy to reintegrate fully into its nation China to obliterate the many gains derivable from its excellent ties with China. On a lighter note, however, how would Nigeria feel if China attempts to recognize the defunct Biafra that pushed for secession in the late 60s? This is indeed a palatable food for thought!