The Nigerian College of Aviation Technology (NCAT), Zaria, has revealed it plans to increase its modern training aircraft to 14 this year aiming to assert its position as the foremost civil aviation training institution in Africa. The Rector of NCAT, Capt. Mohammed Abdulsalam, who made the disclosure on Wednesday while speaking to newsmen in Zaria,…”
Editor
News 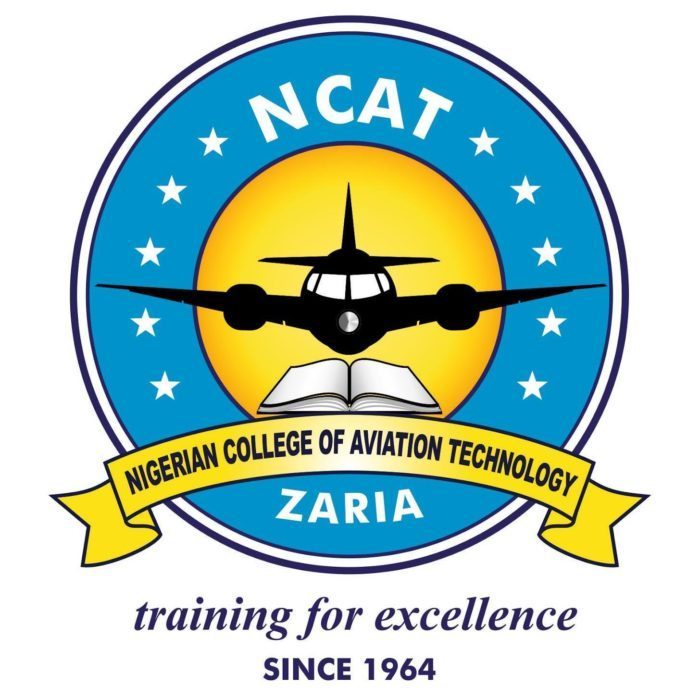 The Nigerian College of Aviation Technology (NCAT), Zaria, has revealed it plans to increase its modern training aircraft to 14 this year aiming to assert its position as the foremost civil aviation training institution in Africa.

The Rector of NCAT, Capt. Mohammed Abdulsalam, who made the disclosure on Wednesday while speaking to newsmen in Zaria, Kaduna State, also affirmed that the institution was safe and conducive for learning for foreign students.

Abdulsalam noted that the Federal Government had given approval for NCAT to acquire 20 Diamond aircraft, comprising five DA42 twine engine and 15 with DA40 single engine.

“The college placed orders for additional aircraft but we were informed by the contractor that the Diamond Aircraft Company was bought over by another company and that a new owner decided to relocate the production line from Austria to Canada.

“They told us that they will not be able to produce aircraft for at least nine to 10 months due to the relocation of the assembly line.

“That is what affected the delivery of the four additional DA40 which we have on order now.

“That factory is up and running in Canada now and we expect to take delivery of those four DA40 aircraft sometime this year.”

According to him, we also have an additional DA40 aircraft given to the college by an insurance company as part of an insurance settlement.

“So by the time we have the four delivered, we will have one DA42 and five DA40s.”

According to him, these acquisitions in addition to the eight serviceable aircraft already being put in use by NCAT will increase the number of training aircraft for students to 14.

Abdusalam said the International Civil Aviation Organisation (ICAO) Regional Training Centre of Excellence (RTCE) status of NCAT had given the college global visibility and increased its ability to attract students from other parts of the world.

“There are very few RTCEs in the world .It takes a lot of effort and process before any institution is recognised as regional training centre of excellence.

“And when you have this status, it affords you the opportunity to develop courses in all the ICAO annexes. That is the advantage.

“We can also import courses from any part of the world that are ICAO approved and conduct them here.“

Right now, we have some foreign students in the college. Some from Cameroun, some from Gambia who are doing training and we expect more.

“The countries in West and Central African region have indicated interest in what NCAT is doing, so I am supposed to go and meet with them and discuss training opportunities here.”

The rector, however, noted that some of the foreign students who had shown interest of coming to NCAT for their programmes were being discouraged that Zaria was not safe for learning.

“A lot of them that I have met with recently have this misconception that Zaria is insecure. That is the main reason they are reluctant to come.

“We have gone to great length to convince them that Zaria is totally safe. We have had a lot of foreigners come and go without any problems.

“So they are being misinformed and some of them claim that it is their embassies that tell them that it is not safe to come to Zaria but we are making effort to disabuse peoples mind in this regard,” Abdulsalam said.

He further disclosed that an automatic fire simulator was being installed at NCAT to provide training for fire officers which was hitherto done in Cameroun and other countries.

“We have another simulator that is being installed in Zaria for this year. The simulator is for firemen. It is automatic fire simulator.

“As you may be aware, we have never had fire simulator in Nigeria in spite of the number of firemen that we have in this country, all these years, we have been sending our firemen to Cameroon for training.

“So, this administration felt it is more economical for us to have our own simulator here in Nigeria and this decision was taken to house it here because we have the land. The simulator is being built in the United Kingdom.

“As you know, the Federal Airports Authority of Nigeria (FAAN), has firemen in every airport and you can imagine the number of firemen that require training and retraining.

“We also expect people from the Federal Fire Service to make use of this simulator,” he said.