The Transportation Minister, Chibuike Amaechi disclosed that the Federal Government needs a total of $36 billion to complete its rail projects across the country. Amaechi said this yesterday at the National Assembly just as the Senate subjected him and the Finance Minister, Kemi Adeosun, to intense questioning over the Federal Government’s bid to borrow another…”
Editor
News 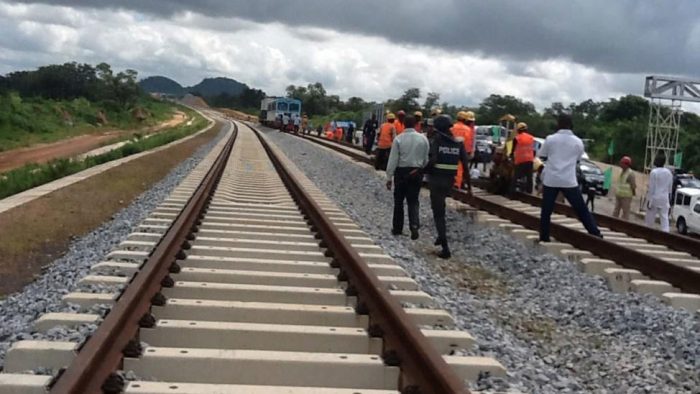 The Transportation Minister, Chibuike Amaechi disclosed that the Federal Government needs a total of $36 billion to complete its rail projects across the country. Amaechi said this yesterday at the National Assembly just as the Senate subjected him and the Finance Minister, Kemi Adeosun, to intense questioning over the Federal Government’s bid to borrow another $5.5 billion.

Amaechi said: “If you put it all together, the total cost of the entire rail projects will amount to about $36 billion. Actually, we don’t have the money but it’s an ambitious plan. We really have to start something somewhere and see how far we go.”

Amaechi, who said President Muhammadu Buhari had directed that the rail line be extended to cover all the 36 state capitals, informed the Shehu Sani-led Senate Committee on Local and Foreign Debts that part of the $5.5 billion loan being sought would fund the Itakpe to Warri, Kano to Kaduna and Port Harcourt to Calabar aspects of the rail projects.

Buhari had in a letter to the National Assembly requesting approval for the loan stated that $2.5 billion, part of the proposed $5.5 billion loan, would be used for the Mambilla Hydropower Project, construction of a second runway at the Nnamdi Azikiwe International Airport, counterpart funding for rail projects and the construction of the Bode-Bonny road, with a bridge across the Opobo Channel.

The Senate committee had raised queries regarding the impact of the planned borrowing of $5.5 billion on the living standards of Nigerians. Sani said: “Some of the questions Nigerians, and indeed our constituents, have asked repeatedly include: what has the Federal Government done with the reported recovered loot allegedly traced to the previous administration? What role can such recovered monies play in the 2017 budget financing? How much indeed has been recovered? And has the National Assembly appropriated the recovered loot for government expenditure?”

According to him, all actions and decisions with respect to the loan request by his committee and indeed the Senate would responsibly be done, and only on its merit.

“l will advise, therefore, that as representatives of the president, you put your best foot forward and be as convincing as possible with facts and figures for the Senate to fully have your back, with respect to these requests.

“It has become clear that if Nigeria must borrow, we must borrow responsibly, we cannot afford to mortgage the future of our unborn generation. If we must bequeath to the future generation a pile of debts, they must be justified with commensurate infrastructural proof of the value of the debts,” he said.

The committee observed that “the payment plan of the debts will undoubtedly last the length of our lifetimes and possibly beyond. We must leave behind a legacy that will appease and answer the questions the next generation of Nigerians will ask. We must not allow our children and grandchildren to be enslaved with chains of debts.”

US unemployment rate drops in favour of Trump