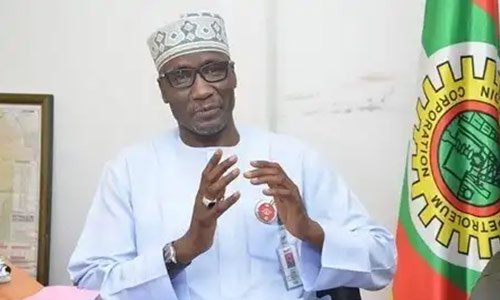 Kyari also lamented the effect of massive oil theft and pipeline vandalism with attendant low production on the economy.

The NNPCL boss spoke at the Senate’s Joint committee on Petroleum (Downstream), Petroleum (Upstream) and Gas in Abuja.

On NNPCL’s non-remittance to the federation account since January, Kyari told the committee members that the company is not indebted to Nigeria; rather the country owes the firm N1.3 trillion.

He noted that oil theft in the country has been going on for over 22 years “but the dimension and rate it assumed in recent times is unprecedented.”

Kyari said, “As a result of oil theft, Nigeria loses about 600,000 barrels per day, which is not healthy for the nation’s economy and in particular the legal operators in the field which had led to a close down of some of their operational facilities.

“But in rising to the highly disturbing challenge, NNPCL has in recent times in collaboration with relevant security agencies, clamped down on the economic saboteurs.”

Obasanjo Under Attack And Many More News Headlines Today