Nigeria Has The Capability To Repay N21.7tn Debt – Adeosun

The Minister of Finance, Mrs. Kemi Adeosun, has said that the country has enough capability to pay back the debt obligations, which is presently at about N21.7tn. Adeosun made this known in an interview with some journalists in Abuja on Monday. She said that the government was not unsettled about the country’s increasing debt as…”
Editor
Economy 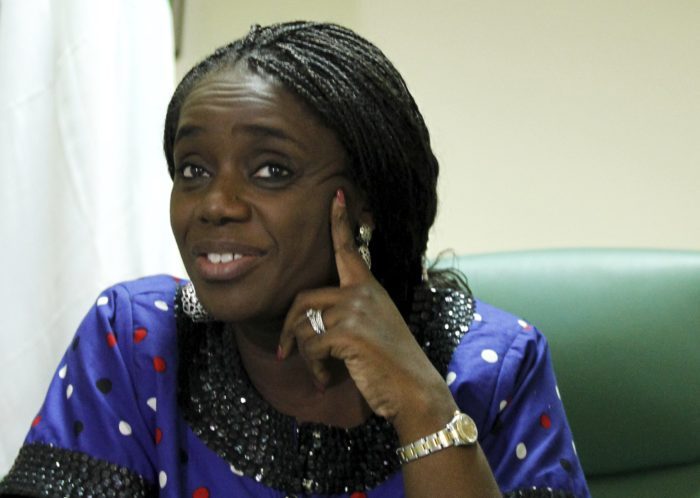 The Minister of Finance, Mrs. Kemi Adeosun, has said that the country has enough capability to pay back the debt obligations, which is presently at about N21.7tn.

Adeosun made this known in an interview with some journalists in Abuja on Monday.

She said that the government was not unsettled about the country’s increasing debt as the debt to Gross Domestic Product ratio was still low in comparism with other countries.

The minister stated that unlike previous government that borrowed to pay salaries, the focus of the administration of President Muhammadu Buhari was to invest massively in infrastructure.

She said as of the time that Buhari took over the mantle of leadership in 2015, oil prices were very low and as such, the government was constrained in allocating funds for capital projects without having to borrow.

According to her, with over N2.5tn pumped into infrastructure in the last three years, the country will start seeing the benefits of the borrowed funds.

Adeosun said, “I am not worried at all (about rising debt). Our borrowing is sustainable and well managed. Firstly, we took a decision to reflate the economy. Our borrowing is a true reflection of our economy.

“When your income has gone down, the only place you can go is to borrow. It was a strategic decision. We borrowed and invested heavily in infrastructure and then increased our revenue so that we could pay back the debt.

“It was a deliberate decision. We looked at our budget in terms of size and increased it from N4tn to N7tn so that we could focus on developing our infrastructure.”

She explained that the government’s borrowing was a deliberate policy to stimulate economic activities and take the country away from recession.

She added, “It was a very deliberate policy. It was deliberate because if we do not invest in our capital projects, we cannot grow. If all that the government does is to pay salaries, we will be running at a loss every year. So, it was a strategic decision to tie that money to capital projects.

“One of the differences between our style of borrowing and the previous era when oil prices were at the highest is that in May 2011, the debt was N2.5tn and oil price at that time was $111 to a barrel. By May 2015 when we came in, our debt had risen to N12tn; meaning that in that period when oil prices were highest, the debt doubled but capital releases were very low.

“So, if we should be worried about debt accumulation, it should have been that time. And we should be asking, why were capital releases so low and debt doubled when oil price was so high at over $100 per barrel?

Adeosun said if the government continued to get the major projects in power, transport and agriculture off the ground, the economy would continue to experience growth.

She added, “We will have no problem managing our debts because they are sustainable. As the economy grows, we will get everyone to pay their tax so that we will be able to service the debts. If you compare us with any of our neighbouring countries, you will see that we are better than any of our neighbours. We will like to keep it that way.

“There is no sense having no debt, no road, no power and no growth prospect. With the kind of young people that we have and the kind of jobs we want to create, we need to build infrastructure and we cannot use oil money alone to fund our debt.”

Smartphones:10 Tips To Sustaining Your Battery