Nigeria Beyond Oil and Gas Production! By Guardian Board

t is unfortunate that despite huge accruals from oil discovery since 1956 at Oloibiri in the Niger Delta, the country’s economic profile has not remarkably improved. A report the other day that Nigeria has for the second time lost its top oil producer in Africa status to Angola, should not be a surprise to anyone…”
Editor
Economy Op-Ed 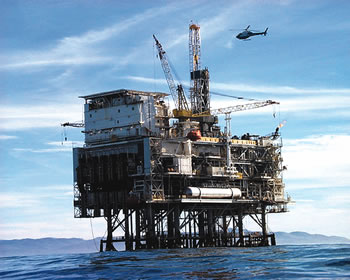 t is unfortunate that despite huge accruals from oil discovery since 1956 at Oloibiri in the Niger Delta, the country’s economic profile has not remarkably improved.

A report the other day that Nigeria has for the second time lost its top oil producer in Africa status to Angola, should not be a surprise to anyone with a modicum of interest in the progress of the country. Indeed, the development should be seen what it is: a blessing in disguise. And here is the main reason: oil discovery has been a blessing to only the country’s power elite while it has been a curse to the citizens. So, the less emphasis placed on oil as the source of Nigeria’s wealth the better.

It is unfortunate that despite huge accruals from oil discovery since 1956 at Oloibiri in the Niger Delta, the country’s economic profile has not remarkably improved.

The state of critical infrastructure in the country has been a source of shame to the people. Even the oil-producing areas are still flashpoints of violence arising from abject poverty and absence of infrastructure and superstructure of development: no good access roads, no potable water, no electricity, no health care delivery and no good education for the people. It is only woeful stories of different phases nurtured by corruption. Education, generally believed to be the world’s major tool of country competitiveness has declined despite oil wealth even when the same has made so many middle-eastern countries and other OPEC members prosperous.

The new energy data is that Nigeria’s crude oil production has fallen by 156,900 barrels per day (bpd) to 1.269 million bpd in March, from 1.426mbpd recorded in February. And consequently, the country lost its status as Africa’s top oil producer to Angola, according to latest statistics from the Organisation of Petroleum Exporting Countries (OPEC).
With the cumulative loss of 4.8 million barrels in the month under review, at the prevailing $55.89 per barrel for Brent crude, Nigeria is estimated to have lost over $271.8 million (N82.8 billion).

Going by the Federal Government’s 2017 budget proposals, the sum could have substantially funded the expenditure for water resources, put at N85 billion.
This, of course, is not the first time Nigeria has lost its premier position to Angola, spurred majorly by crude shut-ins resulting from either militant attacks or facility maintenance by oil companies.

The Nigerian subsidiary of Royal Dutch Shell Plc had shut down the Nembe Creek Trunk Line, which exports Bonny Light crude oil, to remove theft points. But Angola, which has been working hard to remain Africa’s top producer, climbed to the top again for being able to maintain a daily production of 1.652 million barrels since January, even though it is a drop from last quarter of 2016 levels of 1.736mbpd. The Managing Director of Shell Petroleum Development Company (SPDC), Osagie Okunbor, revealed the other day that the company was working to remove a significant number of oil theft connections and effect repairs on the pipeline.

Nigeria recorded the biggest drop in output in March among its peers in OPEC, followed by Saudi Arabia, the cartel’s biggest producer. All told, it should be noted that this is no time to lament that Nigeria has been displaced from the top position in the production of crude oil in Africa. In November last year, OPEC’s statistics showed that Nigeria’s production fell by 250,000, causing it to produce 1.607 million bpd, down from 1.812 million bpd in October. While Angola produced 1.722 million bpd, compared to 1.607 million bpd the previous month. Nigeria, as a major player in the global oil market, loses about 250,000 barrels daily due to this drop in production, leading to a low supply of gas and the loss in production capacity for most of the power plants in the country.

The worry point is that as a result of becoming Africa’s top oil producing nation, western countries may be more willing to conduct more business with Angola as it shows how reliable and secure that country’s channels of oil production are, further reducing Nigeria’s potential revenue from oil. When this happens, the following are likely to occur: oil companies may lay off workers; there is likely to be more debt and reduced revenue will be part of the consequences. But the most important thing is that this kind of challenge should be seen for what it is: a rare opportunity to diversify, invest and look beyond the curse of oil. And Saudi Arabia, for instance, has shown the way – looking beyond oil despite its unassailable top producer position in OPEC. Ever since oil was discovered in the Arabian Desert in 1938, Saudi Arabia has been the world’s premier petro-state and dominant force within OPEC.

Flush with oil revenue, the country had neither income taxes nor corporate taxes while bestowing on its people heavy subsidies for food and fuel. And the royal family built palaces at home and bought swanky houses abroad. Nigerian authorities have also been unaccountable with oil revenues that have been largely opaque. But unlike Saudi government, Nigeria does not today have concrete plans such as Saudi’s Vision 2030 that would foster new private businesses, improve education and trim the budget deficit by cutting subsidies and introducing a 5 per cent value-added tax.
Most startling of all, the Saudi government has proposed selling off a chunk of its crown jewel, the state-owned oil company Saudi Aramco. The company, which for decades was in the hands of four big U.S. oil companies and whose nationalisation became a powerful political symbol, is widely believed to be worth as much as $1 trillion to $2 trillion; its share offering could be the biggest in history.

And so, quite unlike Nigeria’s new economic blueprint, the Saudi’s Vision 2030 plan is packed with targets. There are 755 “initiatives” for the national transportation programme alone, which are quite measurable.

The lesson from this Saudi paradigm shift is thus: instead of lamenting the loss of top producer status to Angola, Nigeria needs to come up with something different from recently launched economic blueprint and growth plan that will basically ensure that by 2030 or thereabouts, Nigeria too is weaned from the current dependence on only oil.

Bank Account Data Will Be Used To Expose Tax Debtors..Adeosun