The Nigrian Army have arrested 10 suspected Boko Haram militants at a mosque located at Filin Lazio, Hotoro, Kano State. The Army on Saturday evening, invaded the Boko Haram suspected mosque succeeded in whisking away ten suspected Boko Haram members. Report has it that the intelligent operation was conducted in a more professional means…”
Olamide
News 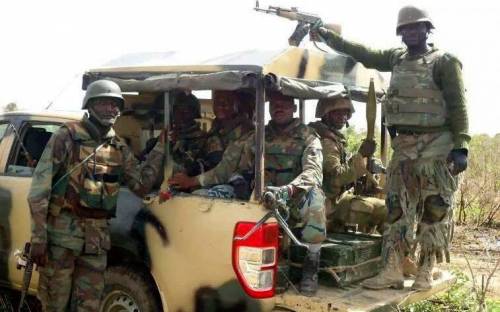 Report has it that the intelligent operation was conducted in a more professional means without raising eyebrows of the fasting-breaking Muslims.

Further reports have it that the mosque belongs to some Borno men that fled the troubled northeast due to the Boko haram insurgency.

The troops took away some unidentified items from the surroundings of the mosque.

When contacted, Captain Uba, Army spokesperson in Kano said he has not been briefed on the development. He promised to get back.