Nigeria @57: Poverty As Threat To Democracy, By Olawale Rasheed

Public discourse on state of the nation appears to concentrate more on national structure as the real danger facing the republic and democracy. The nation focuses on nature of our federalism and why adjustment is the route to survival. I think we are missing the main threat today-grinding poverty among the citizenry. The best national…”
Editor
Op-Ed 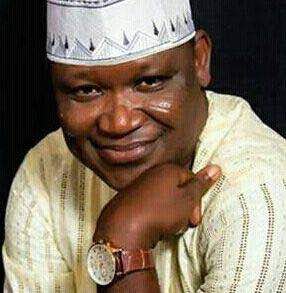 Public discourse on state of the nation appears to concentrate more on national structure as the real danger facing the republic and democracy. The nation focuses on nature of our federalism and why adjustment is the route to survival. I think we are missing the main threat today-grinding poverty among the citizenry.

The best national structure can be compromised; the best constitution can be subverted when the populace is hungry with no hope of sustainable survival. Operators of democratic machine from top to bottom of national ladder will cut corners for many reasons. While we expect the leaders and public servants to be above board, they are faced with army of desperate and poverty stricken citizens, whose language is survival irrespective of the source of poverty alleviating largesse. The officials and the citizens are married in unholy game of survival with poverty becoming a preferred weapon of choice in some depraved settings.

I make bold to say that poverty will compromise any referendum or plebiscite that may be held in case of a new constitution.

The situation is becoming increasingly unsustainable as the rich are targets of criminal offensive even as the armies of criminals grow by the day. Major junctions in our towns are now controlled by gangs to whom the leaders pay protection fees. The grassroots is deeply challenged as economic machine of the local level has been largely destroyed due to the paralysis of the local government. Purchasing g power of the people is decimated as many states owe salaries and pensions even after billions of naira of bailout funds. The central government is overwhelmed as state governments have successfully lured the public to blame Abuja rather than their governors.

The consequence is that there is an increasing elite migration to Abuja. In a bid to escape pressure at home, top leaders have switched to staying more in their Abuja residences than ever before. Interestingly, the masses are also migrating to Abuja to have a taste of commonwealth cake. The satellite towns are now homes to thousands of new arrival with Abuja population now estimated to be close to six million. Thousands storm the municipal every morning seeking jobs and support. Around Maitama and Asokoro are emerging fresh slum populations. Street boys are popping up in various corners and criminal attacks within the capital are increasing with alarming proportion. The poor are taken the battle to the abode of the elites.

Thus when the debate about restructuring takes the center stage, I wonder what we are thinking about human misery that is gradually enveloping us. If you restructure –which is a difficult task-what do you do to the troubling question of mass poverty? The best of constitution to emerge from that federal reform is sure to fail as no one –not the millions struggling to survive-will obey it. It will be subverted even more easily at the state level where Governors are tin gods. Expecting reform to aid poverty solution is a false hope as electoral inducement will stop genuine patriots from getting elected.

First, genuine patriotic leaders can rarely emerge under a poverty ridden democracy. Yes. Real leaders with patriotic desire to serve the people can hardly make it at election because of poverty crisis. Voters who are hungry and bedeviled with multiple survival questions can hardly make right decision. He wants to survive first before thinking of what happens tomorrow. He has issues he wants to address now and he is ready to collect money from the devil to survive. His vision of the ideal leader is blurred by survivalist rationalization. So he may vote for the armed robber who appears on the ballot if that is the highest bidder. There was a time in India when close to half of
the legislature were confirmed criminals. Until recently many state governors in that big democracy are leaders of criminals organizations.

In society where poverty crisis is substantially addressed, voters’ judgment is influenced by patriotic evaluation of the antecedent and integrity of the candidates. In fact, western democracy survives and blossoms for that long because voters across western world are not within poverty trap. Offering inducements as the sole basis for getting elected is a failed strategy in North America and Western Europe. Nigeria and other African countries can hardly compare with such settled societies because the voters here operate within poverty cage, a condition that negatively affects electoral judgments.

It is also a fact that as the poverty level decreases, citizens’ challenge to the leaders and rulers increases. In Uganda, President Yuweri Museveni has succeeded in reducing poverty level to less than 30 percent of the population. Interestingly, resistance to his rule is growing on daily basis. Why? The voters are released from state of perpetual want. They are empowered to rightly exercise their democratic rights to vote and be voted for. The same scenario is playing out in Rwanda.

Poverty is an existential threat to democracy for many reasons. Democratic rights cannot be judiciously exercised in a state of fear of tomorrow occasioned by survival demand. Two, Poverty enables the criminal world by supplying needed manpower. Hence the wrongly elected have armies of militant to suppress the needy and the hungry. Three, citizen docility is encouraged as majority of the citizens are worried more about what to eat than how the state is governed. Four, the leaders are complacent as they have adopted poverty as an electoral weapon to be deployed at each election circle.

But is it possible for poverty crisis to work the other way? Can it make the populace to rise against their oppressors? Can the citizens sacrifice to liberate themselves from clutches of oppressors? Can they reject inducement and vote for the right leaders? Nothing is impossible. People of Osun state did just that in 2003.This may however be an exception to the rule.

I maintain that poverty may not just kill democracy but may even enthrone a dictatorship. I restate that our challenge now is not the structure of government; it is about the conditions of the citizenry and the leaders. Poverty stricken population cannot hold their leaders accountable. If leaders are not accountable, democracy is imperiled.

*Olawale Rasheed is an Abuja based media entrepreneur.

When Will Bukola Abiku Mesujamba Saraki Go To Jail? By Bayo Oluwasanmi