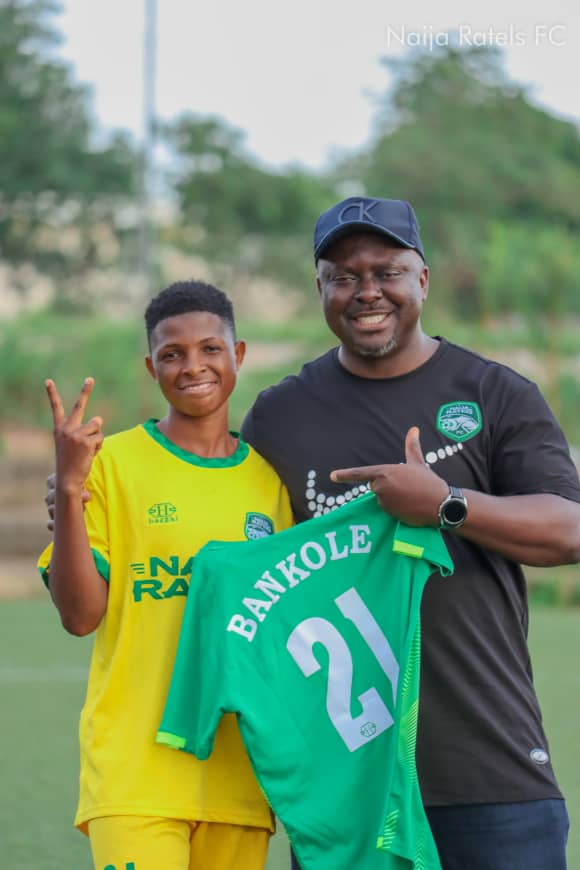 The talented youngster has joined the team last week, but was officially unveiled on Sunday just before Naija Ratels first round AITEO Cup clash against Tin City Queens, at the FIFA Goal Project Package B, Abuja.

Bankole, who was a key member of the Dreamstar Ladies team that Participated in two consecutive NWFL Premiership seasons, brings with her a bevy of experience and choice at the attack for Manager, Bankole Olowookere and his technical crew.

“I am so excited to be joining Naija Ratels FC.

“It’s a dream for me to be a part of this exciting squad and to work again with Bankole Olowookere, who steadily put me through when I was younger at Dreamstar Ladies. I look forward to doing well here and winning more titles with the team’, Bankole said.

“Now is time for a new challenge, Naija Ratels have really impressed me with their success in such a very short while. I really want to be successful here and am sure this is an environment I am looking forward to working in.” She concluded.

In his reaction, Club President, Barrister Paul Edeh said the club will continue with the policy of signing young players and taking them to great heights in their career.

“We won’t stop with our policy of signing young players to the squad. We believe in grooming them and making them achieve greatness here.

“Naija Ratels will continue improving and will definitely do well in the Premiership. We love to take it one day as it comes.” He concluded.

Sofiat Bankole joined Naija Ratels Officially on Sunday before their AITEO Cup game against Tincity Queens and ended up scoring a brace in Naija Ratels 5-1 bashing of the Jos based side.